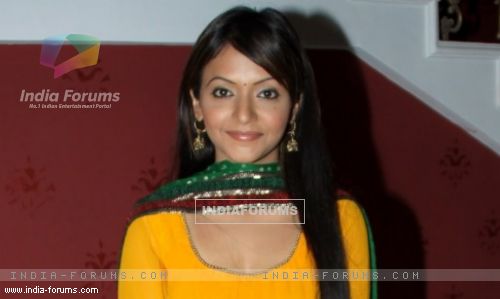 With the growing popularity, our Telly celebs have to come across many rumors. Our Wednesday column focuses celebs who have heard some of the craziest rumors against themselves and their reaction on the rumors. This week we got in touch with Pariva Pranati who is portraying Amrita in Sony Pal's Hamari Sister Didi.

Here's Pariva sharing her reaction towards the craziest rumor she has heard about herself.

She says, "The craziest rumor which I have heard is some paper had published an article about Puneet (Puneet Sachdev) and me at the time when we were dating. It claimed that I published the news to inform my parents about our relation as I could not tell them personally. And this rumor shocked me and I wondered as why would anyone do this to inform about their relationship?

What was the reaction of the rumor? "My friends and family called me after reading the article. I had to clear the issue with them as that time we were not that ready to open up about our relationship. So I was furious after reading such a rumor," says Pariva.

So how does Pariva react when she looks back at the rumor? "I don't give any importance to rumors as my entire concentration has always been on my work. Apart from work I give my precious time for animals so there are no possible ways of hearing rumors about me."

Well, Pariva you are safe in that matter!

Pranati Rai Prakash to kick start New year as a debutant singer in ...

+ 4
6 years ago OMG such an idiotic rumour it would have been so embarrassing.

sonu75 9 years ago Ohhh
abhi dear
plzzz
climate change...yup,,,,it will b a great climate change if u will stop acting in films as more than 10 yrs have been passed but u hav still not learned any acting

9 years ago I feel like you changed the climate with Raavan. hamara dimag garam ho raha tha.

+ 2
9 years ago Good thinking...but what abt u think about a movie ur acting change or ur sense of dressing change????

We do need a movie that has some real purpose and not only entertainment..
I would love to see a movie on the climate change