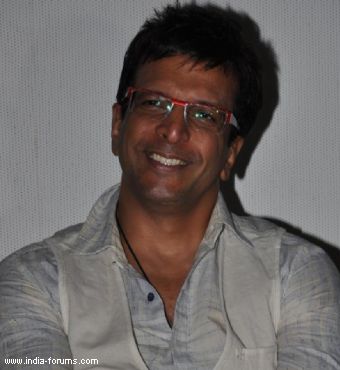 Actor, dancer and producer Jaaved Jaaferi, whose production venture "Inshallah, Football" bagged the National Award for best film on social issues this year, says he won't produce such movies any more because meaningful cinema does not find adequate audiences.

"We also had creative differences, but we sorted it out. It was completely Ashvin's call. But the award is a big high," said Jaaved. He was in the capital for a promotional event.

"I produced 'Inshallah, Football'. After making 'The Forest', Ashvin told me that he was doing something on his own. I wanted to know what he was doing. He told me about this Argentinian-Brazilian couple who were teaching kids in Kashmir to play football and young footballers being sponsored to play in South America. I loved the idea and said I would produce it," said Jaaferi.

The narrative of "Inshallah, Football" weaves itself around the Kashmir conflict through the tale of Basharat Baba, son of Pakistan-trained militant Bashir Baba whose passion was football. Basharat was selected by Marcos to go to Brazil - in the land of Pele - but was denied a passport by the government of India.

"Almost 96 percent of the movie was funded by me. Ashvin pitched in for the rest. I loved the couple with their three daughters and the elements about documenting their sports. It was completely different," said Jaaferi who will be seen in Ashvin's "The Forest", a movie about man, animal and the conflict between the two.

Jaaferi has completed work on another feature film, "BMW".

"I have not sold it to a studio yet. It has been directed by Aditya Bhattacharya, who had made 'Raakh' starring Aamir Khan. He was very young when he made 'Raakh'. Now he is mature. I can't speak much about the plot," he said.

"It also features an Italian actor, John Ventimiglia of the American soap 'The Sopranos' fame. It is a different movie with no songs or item numbers and the music has been scored by Ranjit Barot. The movie has been edited by Chandan Arora," Jaaferi said.

The actor said "BMW" was a thriller about the law and order situation in Mumbai.

Jaaferi, however, has not taken himself away from his favourite activity - dancing. "I have a new dance programme in my head; it will have to wait," said Jaaferi, the co-funder and jury of India's first dance reality show, "Boogie Woogie".