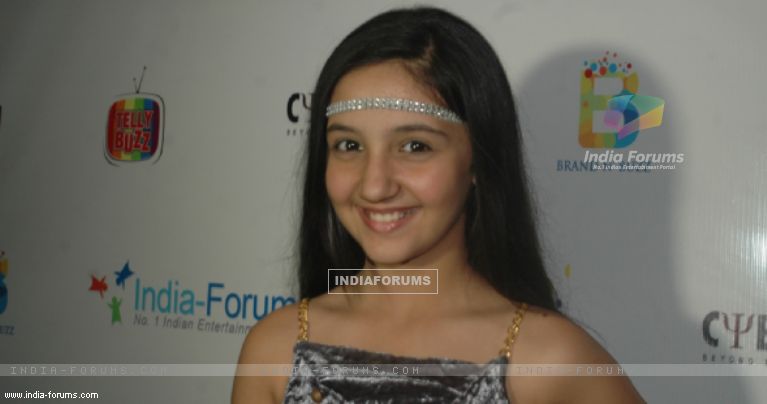 Pretty little child artist Ashoor Kaur has made her name with her first show itself. Ashnoor has have a phenomenal career graph if we look at the kind of shows she has taken up. Currently, seen as Naira on Star Plus's Yeh Rishta Kya Kehlata Hai speaks about her journey, shows, reason behind taking up Yeh Rishta and much more.
Read on!
Journey
I started off my career when I was just 5 years old. Throughout my journey, I have done a lot of mythological and historical shows. Studies and schooling has never been a hurdle to me. I have always managed to get A' and A+' in my exams. In fact, my teachers really appreciate the fact that I score very well in spite of being busy with my shows. There are times when I cannot attend my lectures; my mom makes sure she teaches me all that I missed out on studies that day. I feel very special and good, looking at the kind of work that I have done over the years. I was too small when I entered into the industry so back then there was nothing like competition with other child artists. I just went with the flow and picked up good work that came my way.
Variation
There is definitely a lot of variations in the kind of work that I have done over the years. I essayed the character of Prachi in Jhansi Ki Rani. She was very bubbly and naughty by nature. Her patent dialogue 'Manu didi' has become so famous that people still remember me with that dialogue. Later, I went on to do Shobha Somnath Ki, a lead on the show. Talvaar Baazi, horse riding, archery that I learnt for the show helped me add new feathers in my cap. Of course, these skills I can use today as well for self-defence. Working with senior actors like Pankaj Dheer, Yash Tonk, Amrita Raichand is surely something that not many get a chance to do. Next major work as a lead that I did was Na Bole Tum Na Maine Kuch Kaha. Fabulous cast, amazing people, bubbly and naughty character where I could play myself. With bubbly, I was mature too who wanted her parents to meet and live together. My very recent work as a lead was Tum Sath Ho Jab Apne wherein I essayed Najma who always was seen in Salwaar Suit and Duppatta on her head. I had never done a show with a Muslim background so I am glad I picked up the show. I could learned tennis for the role too.
Best experience
Call it luck or mystic, it surely worked in my favour. Once, I had been to Vaishno Devi with my family to seek the blessings. The temple is at a height and you can either go sitting on a horse or walking. My horse was too tall and I got so scared at one point of time that I actually screamed. Everyone in the crowd recognized my voice and two people from the crowd came up to us and asked where we were staying. We were new to the place so had not decided the place where we would be staying. He told us that he has two VIP rooms and he can give one to us. It does not end here. When we reached Mata's temple at Vaishno Devi, the pundit there told that 'Durga Maa aa gaye Ho waisa Lag Raha Hai'.  Just when we came down to Mumbai, I got Maa Durga on Colors. That was just so magical for me.
Why Yeh Rishta Kya Kehelata Hain?
One major reason is very obvious that the show is famous and widely watched. Naira's character on the show is quite similar to real me. I am childish and wear western dresses, so basically I am being myself on the show.
What's next post Yeh Rishta?
Once my character is over on the show, I will take a break from acting. I want to focus more on my studies. For me, studies have always been my priority over anything else.
Tellybuzz wishes Ashnoor all the luck for future endeavors!
Upasana Patel

5 years ago You are brilliantly portraying Naira..Love u..!
Keep rocking..:)

+ 3
5 years ago Ashnoor Kaur you are a sweetheart. Loving you as Naira

you are an amazing actress. Wish you lot more success in future!

5 years ago Nice Interview..Ashnoor You Are Doing Good Job In YRKKH