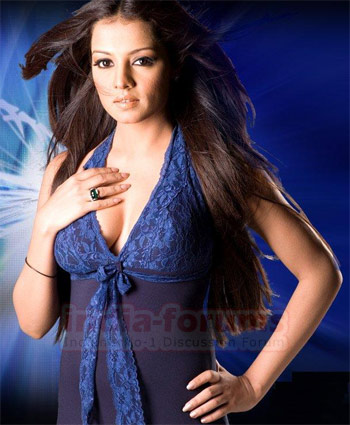 Former Miss India Celina Jaitley joined the film industry like other beauty queens but she is still not on firm footing up till now. She has just done a foreign language film ‘Love Has No Language’ and has recently completed the shooting for Ganesh Achraya’s 'Money Hai To Honey Hai.'

Q. How do feel coming back to India after 4 months?
A. India is my country and it feels like it does for every citizen returning to his/her country. It feels very good. After coming the first thing I did was to eat 'Biryani' made by my mother. As of now I am in Goa for the shooting of 'Golmaal Returns'. After returning to India it feels good shooting in Goa because I was away for almost this whole year. The biggest joy at the moment is that my brother is getting engaged this month. This is the first marriage in our family in my generation, and that’s why I am more excited.

Q. What about your own marriage?
A. I also want to marry but for marriage you should also get somebody who suits your mentality. I am single for the past two years and I want that God makes me meet someone who is similar to me in thoughts and mentally. I have not met someone for whom I should wait. I feel God makes some one for everybody. So he must have made somebody for me too. I believe I will meet him when the right time comes. As of now, I will wait for that time to come.

Q. You are doing comedy again after 'Apna Sapna Money Money' in 'Golmaal Returns'. How do you feel about this?
A. I feel good when I make people laugh. Personally, I love comedy very much. After working with Anil Kapoor, Salman Khan and other good actors my comedy timing now has become better. In this film I am with Ajay Devgan, Kareena Kapoor, Arshad Warsi, Amrita Arora and Shreyas Talpade. I am very happy after doing this film as once again I am going to make people laugh.

Q-What else are you doing apart from 'Golmaal Returns'?
A. I am doing Ganesh Acharya's'Money Hai To Honey hai', Mukta Arts’ untitled film and Sunil Darshan's next film. I have also signed ' Quest of Scherzade'. I think this much will be enough. Very soon my Hollywood film 'Love Has No Language' will be releasing and for its promotion I will be going back again but before that I have to complete these films. I am very busy these days. This is a good thing for me because I love being busy. I enjoy my work more.

Q. Will you tell us about these two films?
A. Sorry, I have been asked not to talk about these movies. But one thing I can tell you about 'Money…' is that I am playing a struggling fashion designer who is also a model. She is very frustrated because nobody gives her a break and nobody is ready to wear the clothes made by her. She has to wear her designs. But the saddest thing is that the place where she works she is made to listen to harsh words. I hope the audiences will enjoy viewing my film.

Q. This film has Upen, Aftab and Govinda. With whom are you paired?
A. That you will get to know when you see the movie.(laughs) But one thing is for sure that I am opposite three heroes.

Q. Don't you think that in 'Money Hai To Honey Hai', Hannsikaa's role opposite Govinda would have suited you more?
A. No, I don't think so. I am playing the type of role which I wanted to play. Where as for Hannsikaa, I can say that she is looking attractive at a young age and her pairing with Govinda is looking very good.

Q. Tell us something about forthcoming films - 'Mungilal Rocks' and 'Unusual Love Story'?
A. I can't tell you anything about these movies. And as I told you earlier I was out for so long. I don't know what is happening with these movies.

Q. Excluding all these movies you were also doing a movie called 'Kash Tumse Mohhabat Na Hoti'. You were to play Anarkali's character in this film. You had said that the shooting will be starting in the month of December. What do you want to say about this?
A. They are looking for a hero for that film. The hero's character is very strong and to find somebody like this is a little tough. Now as far as the shooting goes, it all depends on the production house. Whenever they wish they will start the shooting. So what can I say on that? I can't keep waiting for that film. So, till the film doesn't start I am busy with my other assignments. Whenever they call me I will go because I myself am waiting for the shooting to start. 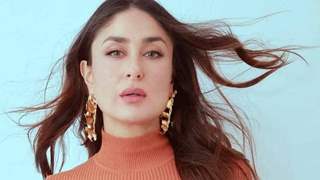