Naman Shaw is a busy man these days. Before he could relax with Kasautii Zindagi Kay getting over, a new serial Kahe Naa Kahe has started! 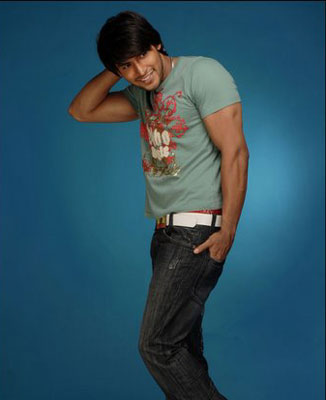 Featured Video
The actor who shot into fame with his roles in Kasam Se and Kyunki Saas Bhi Kabhi Bahu Thi and got a good foothold in the television industry is now seen in Ekta’s Kahe Naa Kahe on 9X. Says the young lad from Kolkata, "I am playing a guy called Vidyut and am paired opposite Krystle Dsouza. I am very excited about this new role."

Apart from acting, Naman is majorly in -- hold your breath -- boxing (though armchair!)! "Very few people know that I am very fond of boxing. Whenever I get time I am glued to boxing shows on television. My favourite show is 'The Contender'. Actually, I used to like the game right from my childhood days and always wanted to be a boxer. But later on, I realized that it's a physical game where someone can just smash your nose and spoil your face, I withdrew. For an actor, that is too big a risk to take", says Naman. The sports lover he is, Naman also loves to watch football--his favorite club being Arsenal.

Talking about the changing scenario in Television, Naman says, "Many new talents have entered the small screen and the competition has increased with new channels coming up everyday. I am confident that it will change the industry for the better.". While on the topic of change, Naman says, "I wish I could change my look, but hardly get the time for that."

So what next from the blue eyed boy of Ekta Kapoor in this year? "I want to do a reality show desperately! It can be any of the show which is on in the small screen," says a smiling Naman. But don't you need a partner for Nach Baliye? So are you dating someone? Pat comes the reply, "No no...there is no time for this, trust me."

Currently his priorities are to buy a house and a car and then settle down in life. So does that mean the star uses public transport to commute? "Believe me, I do not have a car, much as I would like to have one. My friends pick me up and drop me back home! I will most probably buy a Honda very soon!", says Naman as he signs off.

+ 5
14 years ago He looks soooooooo delicious!

Love him....and thanks for the article.

It was a delight to read about him after so many days!

+ 3
14 years ago Awww, sweet article, but Naman please shave cos a beard doesnt suit you! :P All the best to him and hope he gets a car soon!

14 years ago He's my favorite. I love Nihaal and P2 couple. They look so cute together.

Tnx for the interview.

14 years ago Smashing article, he seems to be a real sweetie, and Tanuuuuuuu were are you its your jaanu's interview hehehehe ;)!!!!!!!!