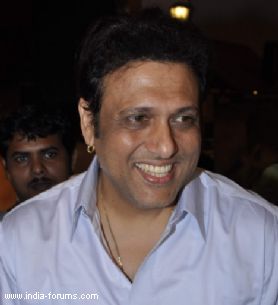 Govinda may have scaled the success graph during his prime and won the epithet "King of Comedy", but he was never the critics' favourite. But the actor dismisses it saying his fate was decided by the masses not scribes.

"Govinda is not made by critics. I have been the hero of masses. Masses are not bothered by critics and they are god. They decide the fate of a film," said Govinda.

After taking people on laugh riots with his antics in highly entertaining dramas like "Hero No. 1", "Coolie No. 1" and "Partner", Govinda will be seen in a negative role in "Kill Dil".

When asked if he was comfortable doing a villainous role, he said: "It's an exciting role, but I thought I won't be able to do it... but touchwood, I have managed to do it. There is an emotional background in it, so I could do it."

After ruling the box office for years, Govinda took to politics but his stint as a politician couldn't' match his success as an actor. Later, when he tried to return to the silver screen and cash in on his funny image, it failed to pay rich dividends.

He said: "I am sad that my last films 'Run Bhola Run' and 'Banda Yeh Bindaas Hai' didn't release... it had been a downfall in my career. For the last three to four years my films didn't release and I don't know the reason behind that. If you don't know the answer for that, there is no point in discussing it.

"I just want to keep working. I never worry about anything. Although I pray for the producers as it must be difficult for them so, I hope they come out of this problem," he added.