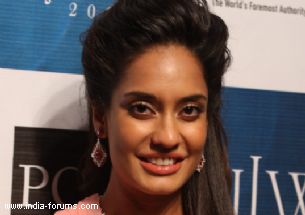 Actress Lisa Haydon, who has been seen in films like "Aisha" and "Rascals", says she is completely in love with her role in romantic-drama "Queen".

The actress said that the carefree attitude of her character attracted her to it.

"I have a film called 'Queen' releasing in Febuary. I absolutely adore my character in this film. She completely lives in the moment, is so real and wild and free," Lisa told IANS.