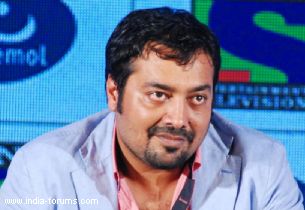 Filmmaker Anurag Kashyap is upset with stories about his link up with actress Huma Qureshi, who debuted with his film "Gangs Of Wasseypur".

Kashyap, who has separated from his wife Kalki Koechlin whom he had launched in his film "Dev D", recently attended a screening with Huma.

"People run only one sided story and it's very disturbing. Such rumours are not affecting me or Kalki but it is affecting Huma's image. Huma is being targeted," Kashyap told IANS.

"When we went for the screening, photographers wanted to click us together. I said you guys will click our picture purposely and will run your own story and that's exactly what has happened," he added.

The filmmaker says this is one of the reasons he maintains a distance from the media.

He said: "I have always maintained distance from media because I read so many fake stories about me. After reading so many stories, even we stopped meeting. I am even going to get out of Twitter."