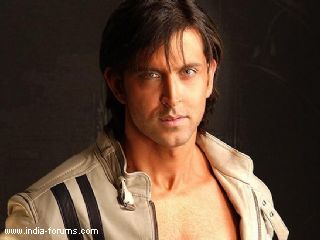 Bollywood heartthrob Hrithik Roshan is stepping behind the camera to assist his father filmmaker Rakesh Roshan in the sequel to 2006 superhero film 'Krrish'.

The filmmaker confirmed the news, saying, 'Hrithik always helps me out whenever we work together.'

The first schedule of the film, also starring Vivek Oberoi and Priyanka Chopra, started off Thursday and since Hrithik was not part of it, he decided to help with the direction. The actor has been calling the shots and taking creative decisions.

This is not the first time that Hrithik will be assisting his father on a film. They previously worked together on films like 'Koyla' and 'Karan Arjun'.

Nawazuddin Siddiqui Waited 20 Years to Work with Sudhir ...
44 minutes ago