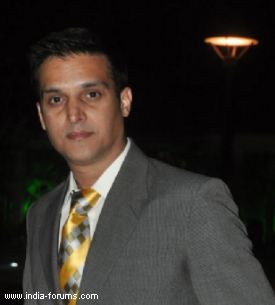 Actor Jimmy Shergill, who will be seen in the soon-to-release horror film "Darr @ The Mall", says there is a dearth of filmmakers who can do justice to the horror genre, which he feels has not caught up really well.

"There are one or two people only in our film industry who do justice to this (horror) genre. Otherwise, it's not a genre that has caught up really well in our industry," the actor said here Monday during the film's promotion on the set of TV show "Taarak Mehta Ka Ooltah Chashmah".

He believes that the genre has a good scope in the country.

"There is a lot of scope for this genre and it is evident from the Hollywood horror films that release in India and the huge business they do. So why can't our horror films do that much business," he asked.

In "Darr @ The Mall", Jimmy plays a security agent. The film's premise is a mall haunted with spirits who have killed many people.

Jimmy said that before coming on board for "Darr @ The Mall", he was sceptical about trying his hand at horror, but the film's set-up and the script caught his interest.

"Personally, I love watching horror films but initially I was sceptical of doing horror films. But this time the script was good, character was good, producers were also very nice. Infact, the entire set-up was very nice," said the "Saheb Biwi Aur Gangsterr" fame actor.

Directed by Pawan Kirpalani, the film also features Nushrat Bharucha and will hit the theatres Friday.