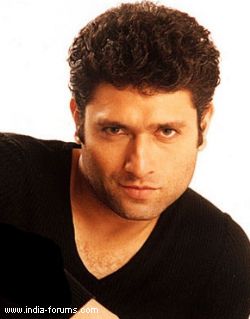 Actor Shiney Ahuja's next is horror-thriller 'Ghost' and he believes the genre has its own niche following.

'Horror movies have their own loyal audience who love to get scared. Even in my family, some of my cousins actually wait for horror films,' Shiney said in an interview.

'Ghost' has been directed by Vikram Bhatt, who made a mark in this genre with films like 'Raaz' and '1920'.

Shiney says that the 42-year-old director-producer's last two horror films, '1920' and 'Haunted' have been received very well by the audience. One man who has made his entire career out of these horror films is Vikram Bhatt.

'I have a lot of admiration and adulation for a person who has such conviction. He had made one good film that audience liked and then on the same theme he made another movie.'

The 37-year-old actor has dabbled with this genre when he worked in 'Bhool Bhulaiyaa'. He kick-started his career with 'Hazaaron Kwhaishein Aisi' in 2005, and has his hopes pinned on 'Ghost' to revive his career.

The movie will release Dec 16 and it also stars Sayali Bhagat opposite Shiney.