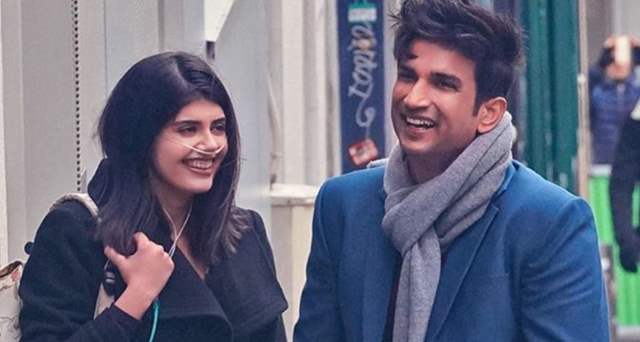 Late actor Sushant Singh Rajput left too soon for heavenly abode but his fond memories are still alive in the hearts of all his near and dear ones. It's his birthday today and on this special occasion, his last co-star, Sanjana Sanghi has expressed her feelings for him and also extended her heartfelt wishes for him.

Taking to her social media account, Sanjana shared a picture of the two of them from the sets of their film, Dil Bechara and wrote alongside: "Hope that smile remains just as wide forever. You're missed every day."

The picture was taken in January 2019, in Paris, where portions of Dil Bechara were shot. 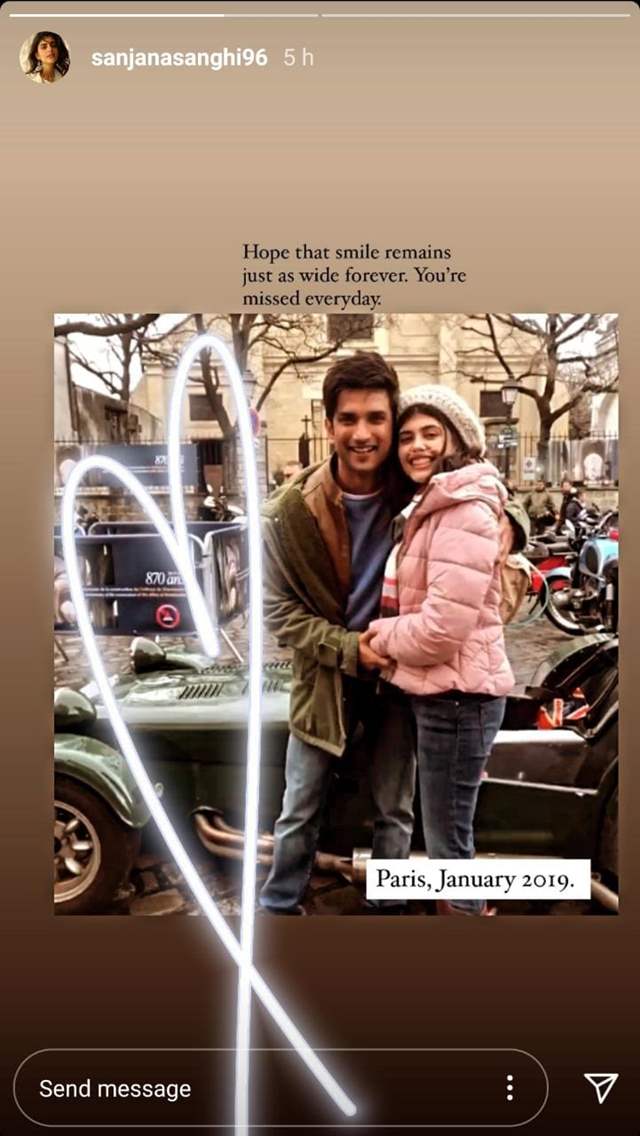 Sanjana in an interview also spoke about the film's legacy. Dil Bechara, an adaptation of The Fault in Our Stars, was released just a few weeks after Sushant's death. The actor died by suicide on June 14.

I've realised that for the past three-four months, I've been out and about and travelling a lot, working and meeting a lot of people. Hearing from them, finally after lockdown in actual flesh and blood, what they felt and that's what I want it to be. I want everybody to have their own special relationship with it because I know they do. With our characters, with the music, with absolutely everything. And for me, personally, it's what's taught me everything I know about, not just the craft but it's taught me life and it's made me grow up in many ways. There's a lot of gratitude. There's a lot of heartbreak. There's everything there. For me what it is personally is different but for our audiences, I just want them to remember it the way they do and continue to love it the way they do.

On Thursday, Sushant's friends and colleagues from the film industry paid tribute to him on social media. While his former girlfriend, Ankita Lokhande, shared a video of him, his Raabta co-actor, Kriti Sanon, shared a sweet memory of him.

His sister, Shweta Singh Kirti, announced a $35,000 fund at UC Berkeley. "I am happy to announce that on 35th Birthday of Bhai, a step has been taken towards fulfilling one of his dreams. The Sushant Singh Rajput Memorial Fund of $35,000 has been set up in UC Berkeley. #SushantDay," she wrote.

Joel Rey 10 days ago Sanjana Sanghi passes stools in the toilet every morning. I wash her sexy dirty shit hole.

1 months ago she is the same person right on whose behalf one blind item was written that sushant sexually harassed her ? and she didn't bother to clear the news for weeks ?