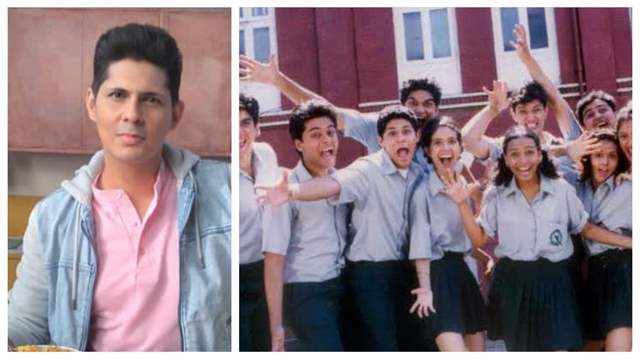 We all miss the iconic shows from the 90s and while some lf them are indeed better left alone and shouldn't be touched for a remake or any such thing, some might a curious case as to how will they fare in the new era.

One such show belonging to the latter is Hip Hip Hurray. The teen drama about a groups of teenagers in school and college and their everyday shenanigans was a massive hit and a cult show now. A lot has been said as to when and if a Season 2 or a revival of the show should be made possible, and actor Vishal Malhotra, who played one of the leading characters in the show - believes it is totally possible.

Talking about it with ETimes TV, Malhotra said, "You know, everything is possible. I'll just leave it at that. We are majorly in touch and we have a WhatsApp group. We have discussed this various times, and various forms, and now with FRIENDS, they are also doing a reunion. It looks like this is the season of reunions. During the lockdown last year, my daughter was six years old, and for the first time she saw Hip Hip Hurray. I thought it was the right show for her to watch at that time and at that age. And, for the first time, I sat and watched the entire season of Hip Hip Hurray. I'd seen it in bits and pieces and I'd heard about the fan frenzy. But when I sat and saw it with my daughter, it was a different kind of special, and I got it. I said, 'Oh okay, now I know why people like it so much!' The real fun part happened when my daughter became a fan girl of the show. I don't know if she was pulling my leg or just bluffing me up. Her two favourite characters were John (Vishal Malhotra) and Cyrus (Sharokh Barucha). So, I decided to give her a little surprise on her birthday, and I got all my co-actors of Hip Hip Hurray together and I introduced her to them. Through her eyes, I kind of understood the impact that it had through generations. They have grown up with me and I have grown up with them, which I feel is a huge blessing."

We all would love to see the Season 2 happening soon indeed, isn't it?