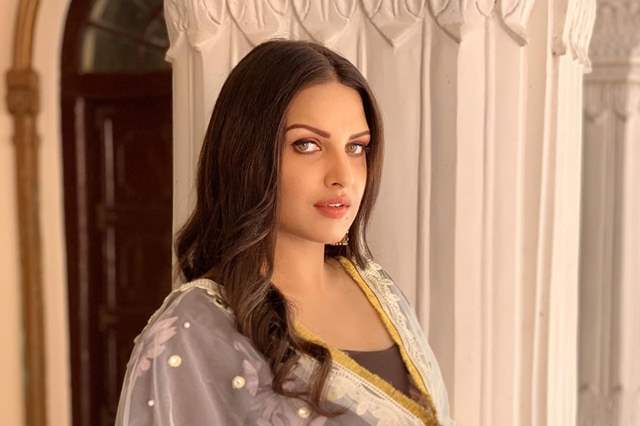 Himanshi Khurana who entered the Bigg Boss 13 house as a wildcard contestant got evicted this week. Her entry created a lot of buzz inside the house, right from her controversy with Shehnaaz to friendship with Asim. In an exclusive conversation with India Forums, Himanshi spoke to us about her eviction, equation with Asim, Shehnaaz’s reaction on her entry and much more…

You got evicted by the housemates, do you think it was fair?

No. It is different to perform tasks or choose the Captain based on votes but I don’t think that someone’s journey should be in their hands.

You were seen talking about your eviction since the time you were nominated, were you not confident of your game?

No, it’s not about your confidence but the protocol was like that, giving the captain such big power to nominate five housemates. So, it’s not about game, it’s about how did this thing take place. So even if I have the confidence, I am out. Paras had to go like that and then the housemates had to choose between me, Shefali, Rashami and Asim, the audience had nothing to do with it.

Outside there was news floating that you aren’t engaged. What do you have to say about that?

I think I’ve said enough about this thing in the house and I don’t think so that I have to answer anymore.

You got furious at Paras and Shukla for not respecting women, why didn't you stand up for Shehnaaz when in yesterday’s episode, Bhau said to Shehnaaz “mai teri izzat nikaalunga”?

I have always said this thing to Bhau that it’s about respect, Always draw a line. I’ve said this to Shehnaaz as well like Khesari said to her that you’re a “bhains” he commented something regarding that. I was there and I also corrected him saying that this is not right. But after that, Shehnaaz and Khesari were again comfortable, then I felt that I shouldn't say anything.

You initially denied to form a relationship with Asim but later you seemed okay with it, you told him you loved him, so what’s the status?

Being a girl, it feels really good when someone praises you so much. Asim used to say that even though people are fighting in the house, there are violins playing in his ears. I am happy that my presence is changing someone so much so I feel very blessed. Now it’s pure friendship. He is very sweet and every girl would dream of getting such a guy. People also used to say that his aggression has changed and that he listens to me. I used to make him understand. I used my power.

You were seen telling Asim to not form a team with Arhaan, why?

Because we three had decided that we are going to stay loyal with each other and that we are harmless for each other. So to change the equation and team everytime, it creates trust issues. We have seen Arhaan during the tasks, even the things which were not required to say, he kept on saying those statements.

If you have to sum up your journey in one world, what would that be?

Unforgettable. Obviously because of Asim and Shefali.

Did you expect Shehnaaz’s reaction on your entry and did you ever consider mending things with her? What’s the status now?

My heart was beating really fast when I was entering the show. I saw someone sitting inside the house and there was Arhaan and Shehnaaz. I held my umbrella in a way that they wouldn't see my face and she really abused me, Arhaan told me that. I was difficult for me to face that as well. When I was meeting everyone, I could hear it from the inside that she is breaking things. Shukla brought her to me and she said Hello and even I said hello. After 15 mins she said that she is sorry, I felt shocked. I am a kind of person who forgives someone ten times but at the 11th time, I couldn't forget. When she immediately said sorry, it was shocking for me so I told her that I need time, I never said that she was wrong or right. I just needed time.

Are you happy or sad with her eviction? Let us know in the comments below.

mansiahmed 8 months ago Sad eviction,is a sorted matured sweet girl which is a like breath of fresh air in the mad house.Her eviction is not done properly paras deliberately removed from nominated list,shukla as captain chose the nominees so I find kind of plotted by BB team