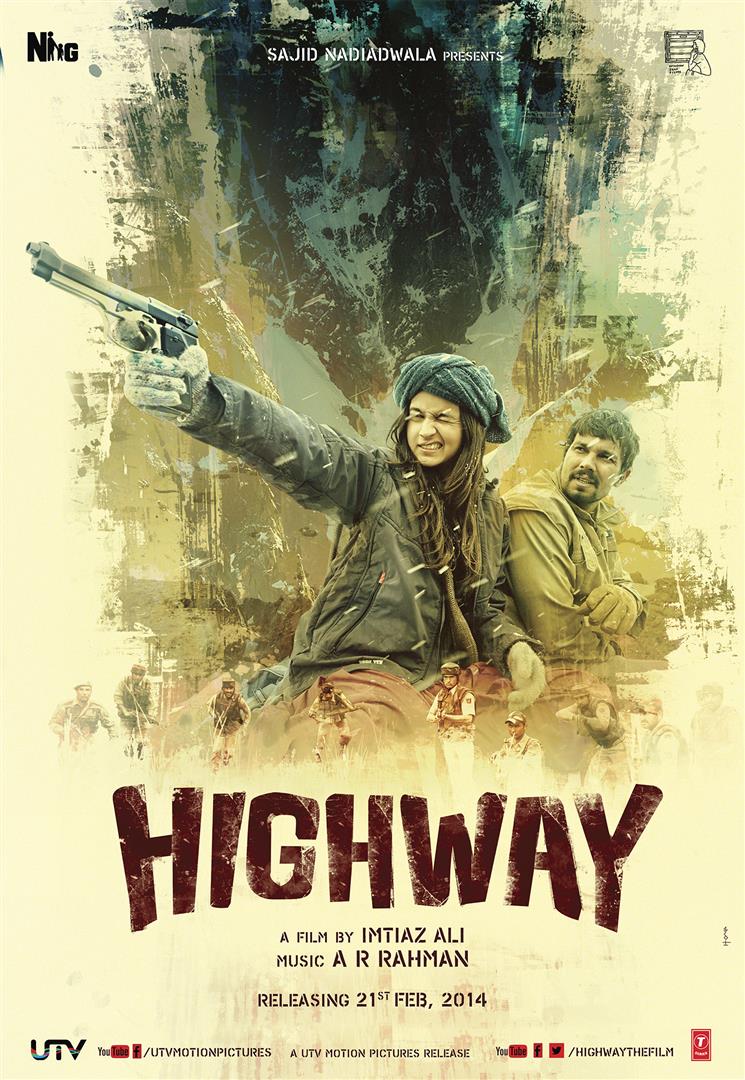 The trailer of Imtiaz Ali's much awaited new release Highway was launched on 16th Dec at a multiplex in Mumbai. The film, presented by Sajid Nadiadwala, is a road journey traversing six states of north India and stars Alia Bhatt and Randeep Hooda in the lead. The film's music has been composed by the maestro A.R. Rahman.

Highway has been produced by Imtiaz Ali's production house, Window Seat Films and is its first production.

Imtiaz says, "Highway was made on the road, on the go. It needed more care. Luckily I had the best people in the team. And the movie has changed us all a bit."

Sajid Nadiadwala adds, "Presenting a film like Highway is a matter of honour for me. The film was mounted and executed in a very short time and I am so happy with the way it has turned out. Imtiaz's craft and Rahman's music have come together like always to create the magic that they are known for. Now with the trailer out, we are waiting for the world to join us on this special journey."