It is unanimously agreed that the concept of 'good' cannot exist if there was no such thing as 'bad'. Bollywood movies have always given importance to negative characters and why not? Villains are a key source of entertainment, adding a little spice to all the niceties and fluff. So in our final installment of the Yin Yang theme, BollyCurry present you a small list of antagonists portrayed in movies - either due to their fiery dialogues, perfect facial expressions or action-packed scenes - and counteract them with the protagonist they faced.
Gabbar Singh vs Jai and Veeru 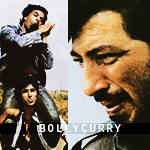 The evergreen Sholay (1975) contains a villain who stands as a beacon for all other baddie wannabies. Gabbar Singh, brilliantly portrayed by Amjad Khan, utters some of the best and maniacal dialogues Bollywood has heard, with some being uttered by the youth of today, despite the movie releasing almost four decades ago. A few widely used examples are "Kitne aadmi the?", "Yeh haath hum ko de de, Thakur" and "Gabbar ke taap se tumhe ek hi aadmi bacha sakta hai, ek hi aadmi, khud Gabbar".
To counteract Gabbar we had best buddies Jai and Veeru, played by Dharmendra Singh Deol and Amitabh Bachchan respectively. The entertaining small time thieves were recruited to bring Gabbar to justice and via a major shootout, Jai sacrifices himself and meets an untimely death. His death scene culminates with Veeru avenging his lost buddy and capturing Gabbar, having him arrested by the police. The strong friendship portrayed on-screen paved way for many other bromances and showed that sometimes, it's friends above family.
Mogambo vs Mr. India 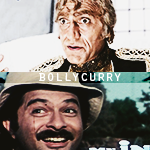 The movie Mr. India (1987), another Bollywood classic, is popularly known for several things but we can safely say that the epic villain Mogambo, played by Amrish Puri, is a major highlight. His eye-popping expressions and controlled dialogue delivery sets his mutinous wrongdoing apart from others. And how can one forget his grand wardrobe? With his lavish general costume and swirled fringes, he must have given other Villains United members a complex.
Mogambo's was eventually brought down by the hero, Mr. India, fantastically played by Anil Kapoor. With the help of a device disguised as a watch that allowed him to become invisible, he heroically fought his opponents without having to reveal his real identity of Arun. In a series of encounters, Mogambo finally dies in the fire of his grand fort after Arun deactivates missiles poised to destroy India. The heroism speaks for itself and the sci-fi element, so rarely used in Hindi cinema, really gave the character an edge never seen before.
Isha Diwan vs Sahil Sinha 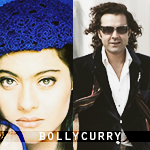 Love has many faces and the debate of which is more dangerous is timeless one. However, obsessive love can lead to burdened roads ahead, as the character of Isha Diwan, play by Kajol Devgn, found out in the suspense thriller Gupt - The Hidden Truth (1997). In the conquest of being with her childhood sweetheart, the possessive lover brutally murdered three people and was on the brink of committing another before she was found out. Kajol, who found the role very challenging, won the Filmfare award for Best Actress in a Negative Role, which stands a testament of how effortlessly she portrayed her character.
Isha's psychotic ways was thwarted by her lover whom she committed the heinous acts for, Sahil Sinha, played by Bobby Deol. Sahil, having endured jail due to Isha's insane nature, eventually discovers that Isha is the one on the secret murder rampage and still has one more enemy on her list to dock off - his fiance. In the end, Isha reveals that she did whatever she did in order to keep Sahil to herself and breathes her last in Sahil's arms. Wrongdoing, at times, comes from a sincere place. It just takes one misunderstanding for the course to change and people to get hurt.
Kancha Cheena vs Vijay Deenanath Chauhan 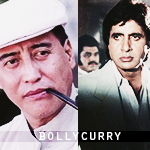 Though Agneepath was remade in 2012, the original, which released in 1990, starred the original 'angry, young man' Amitabh Bachchan and the classy Danny Denzongpa. With the combination of these two acting powerhouses and powerful lines from screenplay writer Kadar Khan, the movie lacked no shocking gasps as Kancha wrecked wicked havoc on the lives of people in the way of his dirty plans, especially Vijay Deenanath Chauhan's.
Thus, Kancha meets his demise in the form of the determined Vijay. Vijay joins Kancha's gang in order to climb to the top and meet the don himself. Upon realization that Vijay is out to seek revenge on him, Kancha kidnaps his mother, sister and wife. It is at the emotional climax where Vijay eventually kills Kancha, slowly recites the poem "Agneepath" and dies in his mother's lap whilst his mother continuously remarks that her son is not a gangster. It sometimes takes the courage of a brave soul to sacrifice himself for the 'greater good'. What we have to ask is, are we prepared to take that necessary step?
Kaal vs Krrish 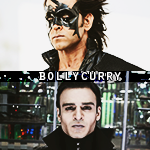 Technologically advanced, Krrish 3 (2013) delves into the premise of superheroes and supervillains, which the era seems to be vividly exploring. Vivek Oberoi beautifully portrayed the role of Kaal, a handicapped evil genius who exhibits telekinetic powers. Though his character enters after the first half of the film, his addition is what beings in the entertainment factor. Be it the threatening scenes, his body language or fight scenes, he absolutely deserves a round of applause for his enactment of a misguided and abandoned yet wholesomely evil maniac.
Kaal met his match in scientist Rohit Mehra and his son, Krishna Mehra aka Krrish, both played by Hrithik Roshan. In a major twist, Kaal is revealed to be Rohit's son and uses his bone marrow to cure himself from his handicap stature. Kaal then kills Krrish, which leads to Rohit, with the help of a machine, sacrificing himself with the aim of reviving Krrish. Good eventually overcomes evil when Krrish finally diminishes Kaal using a solar experiment of their father's. Jealousy, misunderstanding, the feeling of abandonment, all these contributed to Kaal's demeanor. You can't help think though, had the young Kaal received the love owed to him, would he still pour evil?
Sonia Roy vs Priya Saxena-Malhotra 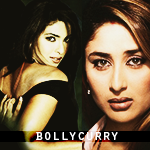 Aitraaz (2004) is circled around Bollywood to be the first film in Hindi cinema to highlight the issue of sexual harassment. However, what is more memorable is Priyanka Chopra's role of Sonia Roy, a power hungry seductress, willing to scheme her way though life to achieve her aims. Audiences screeched at the her antics while she scandalously framed an ex-flame, Raj Malhotra, for for sexual harassment when he rejected her advances, one who is now happily married to another.
Thankfully, the person who Raj is married to, Priya Saxena-Mahotra, played by Kareena Kapoor, is an accomplished lawyer and battled the vixen in court for the honor of her husband. It is revealed that Sonia and Raj previously dated where Sonia became pregnant with Raj's child. However, having no interest in becoming a mother, she disposes of the baby, which lead to the end of their relationship. The film unfolds with Sonia marrying a wealthy man and coincidentally becoming Raj's boss. After filing the case against Raj and convincing evidence is pitted against her, she admits to marrying for money and her plan of murdering the first lawyer. Priya wins the case but ends on a haunting note with Sonia, now humiliated, committing suicide.
Have we missed your favorite hero-villain combination? Do share with us and we will be back soon with a fresh topic that enlightens the classic works of Bollywood. Until then, stay tuned!
Writer: Vaishnavi V.
Editors: Alina S. and Jenifer Y.
Graphics: Virina. R
Do you have a suggestion or comment for BollyCurry? Drop us a PM at BC_Dropbox today.
12 Likes