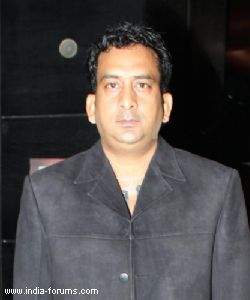 Media has already spread the word about Hats Off Productions making a short telefilm for SAB TV in which famous comedian Suresh Menon will play the protagonist.

We dug out some more developments about this much talked about venture from our source. Says the insider, "Hats Off is making a telefilm which is going to be based on a thriller suspense where Suresh Menon would essay the detective and will try to find out the suspect."

We too hear that a few actors from Gujarati theatre have been given a chance in the show whereas Hemant Pandey last seen on Imagine's Devi - Neer Bhare Tere Naina paired opposite to Deepali Pansare, will return to television after a span of two years.

"Hemant Pandey portray the role of the watchman of the apartment where the crime has taken place and will be amongst the suspects. The shoot has been completed and the telefilm is all set to go on air as soon as it gets a date," informs a source.

Hemant Pandey confirmed saying, "Yes, I am doing a role in the telefilm but I cant reveal any details about my character."

Hope this Hats Off telefilm does well for the channel…