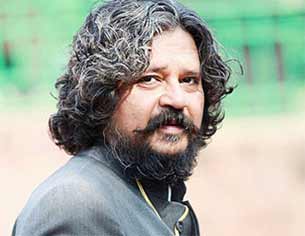 With Saqib Salim and Amole's son Partho in the lead, "Hawaa Hawaai" was reportedly made at a budget of Rs.15 crore and hit approximately 750 screens in the country.

"'Hawaa Hawaai' has collected close to Rs.5 crore. It will go steady at the box office, but we are not expecting it to make a major jump in coming days," Rajesh Thadani of Multimedia Combines, told IANS.

The movie has also won hearts of celebrities like Karan Johar, Juhi Chawla and Mahesh Bhatt, who tweeted positive reviews about the film.

Going by the positive response, Amole is said to be working on its sequel that is likely to roll in 2015.

Other releases "Yeh Hai Bakrapur" and "Manjunath" couldn't impress the audiences much.

"Both the movies have earned less than Rs.50 lakh each. 'Koyelaanchal' did relatively better. It collected around Rs.1.5 crore in four days," he said.

"Mastram" is said to have made Rs.3.45 crore in its opening weekend.