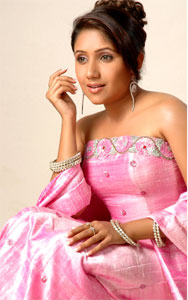 The cute and bubbly Ketkie or better known as Nandini of NDTV Imagine's Jasuben Jayantilal Joshi Ki Joint Family is loved by one and all. In an exclusive interview, Ketkie shares with Telly Buzz how she bagged her role, her aspirations and much more.
How did you bag the role of Nandini?
I was looking for a main lead and was auditioning everywhere for it. I had gone to the Hats Off Production House office to drop my pictures and learned that they were looking for a girl to play the character of Nandini. So I auditioned for it. Before this all the roles I auditioned for were melodramatic characters with which I could not identify, whereas Nandini was so totally me. The minute I read the character sketch, I realized that I could do complete justice to the character. I consider it sheer luck that I got such a role. Even the production house saw Nandini in me. I thoroughly enjoy playing Nannu.
You are now associated with Hats Off, so will there be no possibility of seeing you work with any other production house in the future?
I don't have any issues working with other production houses. But as of now, I am busy shooting for two shows for Hats Off (JJJKJF and RC), so I am pretty much satisfied working under them. The unit is like a second home for me. They make me feel completely at ease. I think Hats Off is one of the best production houses to work with for a newcomer. You get to learn a lot as an actor and get maximum exposure. Your talent gets its due.
So if seen working with a different production house, what kind of role would you be most comfortable playing?
I can't specify any particular role. I feel, as an actor you should be willing to experiment with any character. That is how you can prove your versatility. If I don't feel that I can do justice to a role and am not comfortable playing it, then I definitely won't do it. Till now, no such characters have come my way. And even though I cannot identify with some of the characters that have come my way, I know I will give it my 100%.
What is the similarity between Ketkie and Nandini?
Ketkie is Nandini and Nandini is Ketkie. They are one and the same, no difference between the two. Both are happy go lucky, very bubbly and cheerful. Both believe in living life to the fullest. Both respect their parents and the relationships in their lives. I am as stubborn as Nandini is in the show and once have set my mind to do something, will do it. The only difference probably is that I bite my nails while Nannu does not (smiles).
Did you always dream of becoming an actor?
Right from my childhood, I used to watch television and enact the song and dance sequences. I started off as a child artiste, did episodic stuff during my school and college days as I did not want to compromise with my studies. And finally I have bagged an amazing role like Nandini, what more can I say. It's a dream come true.
Reporter and Author: Ranjini Nair
Featured Video 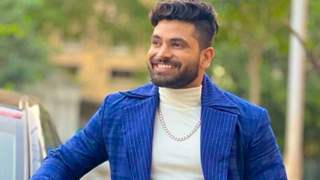 14 years ago She looks really nice in that picture
thanks