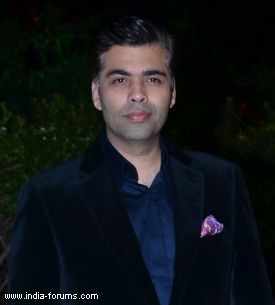 Filmmaker Karan Johar says it is wrong to label his forthcoming production "Hasee Toh Phasee" as a romantic comedy. He believes this would trivialise the film's content.

"I think sometimes when we call a film a rom-com, we tend to slot it. I think 'Hasee Toh Phasee' is not a rom-com. It is actually a film about two characters and their journey and the way they find themselves within the world they actually meet in," the 41-year-old said here Friday at the film's first look launch.

"The film has a lot to do with the families, their journeys. By calling it a rom-com, we are trivialising the content of the film. 'Hasee Toh Phasee' is a coming of age story of two people in a very warm environment," he added.

Anupamaa: Paritosh and Kinjal exchange rings but who is the ...
33 minutes ago