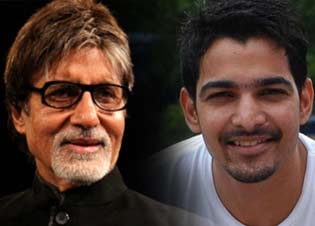 Actor Harshvardhan Rane received a "best wishes" note from Amitabh Bachchan for his Bollywood debut and was touched by the megastar's gesture.

"When I signed my first Bollywood film, I thought I should go to a temple. I went to Bachchan saab's bungalow instead. It was at that exact moment, he came out and I clicked a selfie with him in the background," Harshavardhan told IANS.

In the movie, directed by Arshad Syed, Harshavardhan is paired with Barun Sobti and Sapna Pabbi.

Rane is currently awaiting the release of his Telugu film "Maaya".