View Profile
It's been a year since Piggy Chops (Priyanka Chopra) and Harman Baweja were spotted together off-screen. Like every other year, the Bawejas had their Diwali party get together and Priyanka Chopra was on their guest list. Our sourc 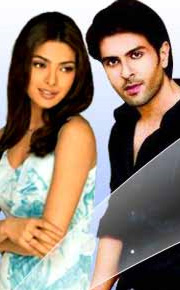 
A source says that Harry and Pammi Baweja have their annual Diwali celebration. This party was due to last time early hours of the morning. The party also guest listed some of B-towns well known celebrities. It was a complete shock to see Priyanka at the party. She had completely disappereard from Harman's life after their break up. Our source continues to say Piggy Chops has even cut off her ties with Harman's parents by not visiting his house. Furthermore, she was still in touch with Harman's sister Rowena.


Harman's parents were the indivduals who had invited Miss Chopra to the party. The source adds although the invitation was given by Harman, it was the parents' call which got Priyanka to his house. The actress attended the party after post-midnight and stayed for a few hours.


It was during the promos of What's Your Raashee? that Priyanka Shopra and Harman Baweja moved onto talkative terms. The source adds Priyanka was apart of the family when she was dating Harman. After their relationship ended, she never visited his house. Priyanka's attendance at Harman's Diwali party sends out a lot of vibes to people.


But the question is, If Harman Baweja is back in Piggy Chops life, where does that leave Shahid Kapoor?