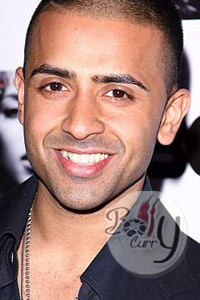 March 26th marks the day a singing sensation and heartthrob of millions, Kamaljit Singh Jhooti, aka Jay Sean, was born to Sharan and Bindi Jhooti. The lad was born and brought up in London, England and hails from a traditional Sikh Punjabi family.

Jay had been passionate about music since the mere age of 11. He started off in a hip-hop duo along with his cousin and went on to make his mark in the British Asian underground music scene with the Rishi Rich Project. His first album, Me Against Myself (2004), sold over two million copies over Asia and paved the way for the successful Bhangra-R&B fusion genre. He went on to sign with Virgin Records, but left them a few years later after numerous delays in his second album.
In 2008, Jay Sean became the first British Asian to sign with an American label, when he signed a contract with the popular hip-hop oriented Cash Money Records. And here is where the singer had his biggest hit in the form of Down, featuring hip-hop sensation Lil Wayne. The song took the whole world by a storm, topping the Billboard Hot 100 list and even knocking down the Black Eyed Peas! The solo went on to be the best selling single by any European male artist in North America.
He is currently working on another album with Cash Money Records. The first single "I'm All Yours" featuring Pitbull is projected to release in a few months.

Today, this Urban Legend in making, takes another step forward in his life!