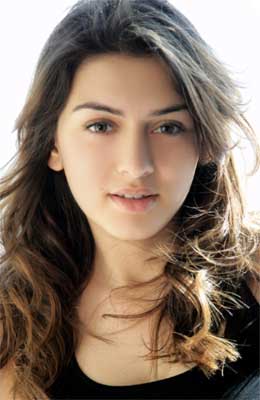 
And at this threshold of exiting her teens, she has already established herself as a promising talent to look out for in the years to come.


We have known Hansika to be the adorable child artist in the mega blockbuster Koi ... Mil Gaya, among few other Bollywood ventures of that time.


Her greatest successes however, have been on television. Having featured in popular soaps like Kyukii Saas Bhi Kabhi Bahu Thi, Desh Mein Nikla Hoga Chand, Karishma Ka Karishma, et al, Hansika has given some top of the chart performances.


Additionally, she is the brand ambassador for Hyundai Santro, and now for Nirma beauty soap (replacing Sonali Bendre).


Of recent, Hansika has been seen in Kannad and Telgu films. Her debut in Bollywood as an adult, opposite Himesh Reshamiya in Aap Ka Saroor unfortunately bombed at BO.


But given her history, one can be certain the journey has only just begun for Hansika in tinsel town!


Today on her birthday, we wish her love and luck for all her future endeavours!