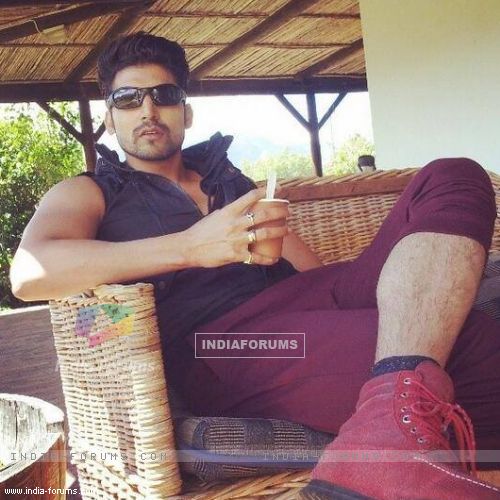 Handsome hunk Gurmeet Choudhary last seen in Colors' Khatron Ke Khiladi Darr ka Blockbuster loves doing stunts wherever he gets an opportunity to do so. Gurmeet is a black belt champion in martial arts and now he is moving ahead to showcase his skills further.

We contacted the actor to know more about his dedication to learn stunts and he says, "Yes I love to perform stunts wherever I get a chance to perform it. People have seen me on television performing stunts because it's my passion of doing daring things which excites me. Now I am learning gymnastics from a professional and even learning kick boxing which will help me to grow as an action star."

As Gurmeet was last seen in a popular stunt based show on Television so it looks like that he is preparing himself for the action based film. When asked about the same he replies, "I am a fan of deadly action stunts so I would love to do an action film. I am preparing myself to be good in the stunts so that I can get good action sequences to showcase in my movie. I am waiting to get my skills polished so that I will be able to do the stunts in a good action based film."

Well, we wish Gurmeet Choudhary good luck for his preparations for action movies.

LOVE U SO MUCH GURMEET CHOUDHARY... ENJOY N STAY BLESSED... Naterguru 6 years ago yahooo!!! Well, this week its gonna b a gurmeet weekend hopefully. Excited abt u in jdj n comedy with kapil shows. All d best GURMEET CHOUDHARY.

KhushikaNGuru 6 years ago I love u My Prince Charming GURMEET CHOUDHARY...

Ameera. 6 years ago All the best for khamoshiyan
Gurmeet choudhary

jassi1212 6 years ago Love you so much Gurmeet Choudhary. U r best. U r the besttt

GuruMC.DREAMY 6 years ago u r superb talented Gurmeet Choudhary.. I love u ...