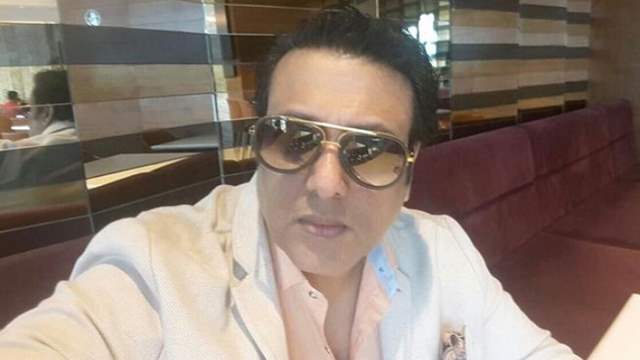 Hero No. 1 aka Govinda has bared it all in a recent interview, wherein he stated that a conspiracy was hatched against him in the industry and he lost as big as Rs 16 crores in the last decade.

To begin with, when Govinda was asked whether his 1995 hit comedy film, Coolie No 1, shouldn’t have been remade, he refused to make a negative comment and said that he never speaks against others.

“While others often like to talk about me, I never talk about their work or judge it because I respect everybody's hard work and money invested”, Govinda told The Times of India.

The Coolie No 1 remake was directed by David Dhawan and featured his son Varun Dhawan in the lead role. The film released digitally during the lockdown and opened to negative reviews.

Govinda also breaks his silence and claims that he was mistreated by some people in the industry who tried to destroy his career leading to a massive financial crunch.

"In the last 14-15 years, I have invested money and lost around ?16 crore. I was treated badly by some people from the fraternity too. My films didn’t get theatres and they wanted to demolish my career, which didn’t happen. Now, I am ready to kick-start 2021 in a big way” Govinda shared.

When asked if he feels a conspiracy was hatched against him in Bollywood, he said, "Yes, of course it was. As they say, apne bhi paraye ho jaate hain (friends turn their backs on you). If fate is not on your side, then your own people also turn against you."

In the last few years, Govinda had opened up about being sidelined in the industry and also that David refused to return his calls when he needed work.

2 months ago David and Salman sir gave him partner movie which was superhit to revive his flop career.....Why would anyone even destroy him? And for what? Even in the 90s the khan were bigger stars than him till now but they never ever put him down...Salman Sir is even a close friend of him...I believe that if your career doesn't take off ,goes down or if u are unsuccessful...no one is to be blame but just you...