Chennai July 19 (IANS) Tamil actress Lakshmi Rai, who is rumoured to be dating Indian cricket captain M.S. Dhoni, wants to get rid of the glamour girl tag and is keen to do meaty roles to prove her acting prowess.

'I haven't got the right breaks at the right time. I'd like to do films with the likes of S. Shankar and A.R. Murugadoss and would also like to star opposite superstar Rajnikanth. I have proved that I can act beside looking glamorous. I hope that in the near future, the glamour girl tag would give way for a 'homely girl' image,' Lakshmi told IANS.

Lakshmi doesn't have too many films to boast about except 'Dhaam Dhoom', in which she played a doctor. Therefore the good performance of 'Vamanan', which released last week, makes her happy.

'I have been getting many phone calls from friends and well-wishers appreciating my look in the film. I am grateful to cinematographer Arvind Krishna for having shown me so nicely in the film,' said the actress who dons bikini in 'Vamanan'.

Lakshmi now pins her hope on 'Naan Avanillai 2'. She says her role in the movie, which has five actresses including her, is quite significant.

'When the film releases, my stand would be vindicated. Though all my Malayalam films have done reasonably well, I'm concentrating only in Tamil films as I want a foothold here,' she said. 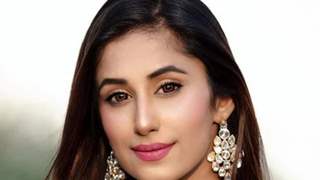