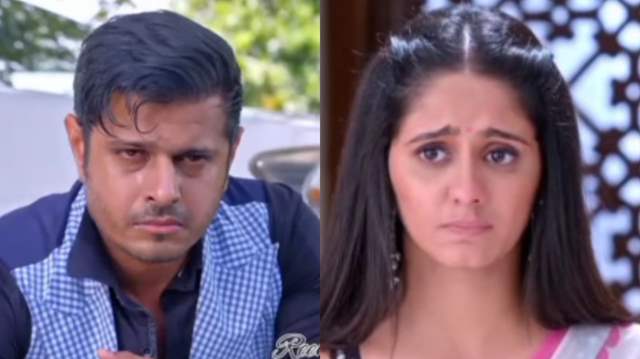 Star Plus show ‘Ghum Hai Kisikey Pyaar Meiin’ is getting quite interesting with each passing episode. The current track of the show revolves around Virat and Vinayak reaching Kankavli for Vinayak’s treatment from Sai unaware of Sai being Savi’s mother. Pakhi ad to stay back at Chavan house as their business firm receives a legal notice.

In the upcoming episodes, Savi along with Virat and Sai reaches the place of celebration wherein Sai called Savi to be part of it. Savi requests Vinayak and Virat to also attend the celebration. They reach there and enjoy the rains and in a dramatic turn of events, Sai and Virat finally see each other. They get shocked seeing each other and couldn’t say anything.

Sai and Virat’s souls come near each other and touch each other. They express their emotions and their side of stories. Virat’s soul tells Sai’s soul that he shouldn’t have believed the news of her death and would’ve searched for her. He tells her how it was so difficult for him to live after believing she’s no more. Sai’s soul also gets emotional. Thir soul disappears, viewers see Sai and Virat standing at a distance still shocked and not knowing what to do. Virat misunderstands Sai of moving on and having a baby while Sai feels the same for Virat.

Virat storms off with Vinayak while Sai also leaves with Savi. Virat breaks down outside the car and also shouts at Vinayak, but later controls himself. Sai also cries in front of Usha Maushi and tells her that Virat didn’t even speak to her.

2 months ago But virat did move on, right?? So sai isn't misunderstanding him. It's him who's doing it (as always)

2 months ago Is these written update fir the episode ???

+ 2
2 months ago This is crazy.... they are literally putting the WU here of the epi😂

2 months ago Why ph is spending money for releasing episode updates on IF...it more looks like team is not confident in storyline...

Priya 2 months ago We saw this in the episode.How long before these 2 confront each other & speak what's in their minds.They have had too many separations and misunderstandings. The story is getting boring & Virat marrying Pakhi is unacceptable.