View Profile
Ken Ghosh with his latest venture has been in talks around tinsel town, mostly for the number of changes which the project, yet to start its shoots for, has undergone. In fact, it seems like the only constant factor about the project in question has been Ghosh himself and, Shahid!

While the lead actor having bagged his role in the early days of consideration has kept it, we know the lead lady has seen one replacement, from initial choice Jia Khan to the currently signed female protagonist Genelia D'Souza. That she stays, we wish! 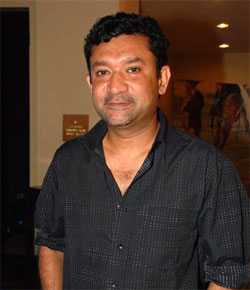 
The star cast of the movie however, is not the only thing about it that has been altered. The title takes the crown, having been proposed and changed not once but twice already, from Star, to Yahoo, to Chance pe Dance.

Obvious question to be asked, Is this the final one?

Ghosh has remained rather elusive in his answer. Said he, "We haven't locked any final title as yet. And nor were Yahoo or Star chosen as the film's title(s). We are still deciding and it will be finalizing it by end of this week." However, a source from production house UTV, that wishes to remain anonymous, has ascertained this is it. The templates for posters have been completed with this third choice of move title, and the promos are already being worked upon.

The movie, as has been known so far, involves dance as a significant part of its theme, hence the name, and stars Shahid as a middle class teen who aspires to be recognized as a music sensation. When the dream comes true along with the fame come its set backs and misfortunes which leave him dejected. And the movie proceeds to show how he overcomes his failures as a celebrity and surfaces to stardom again.

For this lead role in the movie Shahid has been said to have received training from Justin Timberlake's choreographer Marty Kedulka and Britney Spears' choreographer Brian Friedman.

Looking forward to this never seen before couple of Shahid and Genelia, we at BollyCurry wish Ghosh and his camp the very best!   Author: Naseem J.