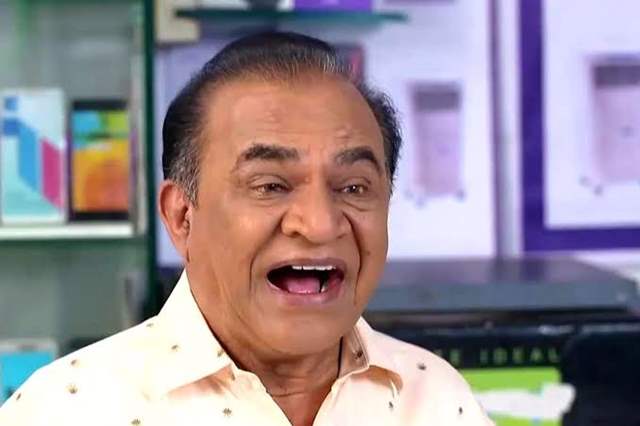 For the many out there, even though the pandemic continues to be a reality, work resumed several months ago and everybody was pretty much back with their routine, at least when it comes to the actors.

Almost all TV shows resumed shooting over four months ago and it has been a usual thing ever since. However, when it comes to actor Ghanshyam Nayak, that wasn't the case as Nayak who plays the lovable Nattu Kaka in longrunner Taarak Mehta Ka Ooltah Chashmah.

As we know, Nayak had to go through a surgery a while ago and hence he had to take an extended break as oppose to others. But good news has finally come in that Nayak has officially started shooting and is back on sets.

Talking about it to Times of India, he said, “My health is absolutely fine. I have started shooting for Taarak Mehta Ka Ooltah Chashmah. I had shot for the show last on 16th March and now I started shooting for it from December 16th exact post 9 months. Yes, my track has been brought back and the episode will be aired in a day or two. When the shooting began after the lockdown there was a law that restricted older actors beyond the age of 60 to shoot. Then I had to undergo a major surgery. The operation was successful and now health is good."

Talking about the production house and all praises for it, he said, “On the sets of Taarak Mehta Ka Ooltah Chashmah actors are looked after quite well. All the protocols are followed and safety measures are taken properly. The Production house of Asit Modiji looks after all of us very well. We have been given a pick up and drop facility from the production house. This is the 13th year of our show and the stow is still doing well. I feel one of the reasons behind the success of our producer Asit Modiji is because he is a good person. There has been nobody on the sets whose payment has been delayed or not been on time. He has made sure that all the artists are paid on time.”

When asked about Dilip Joshi aka Jethalal's reaction on seeing him, he said, “Dilip Joshi ji was so happy seeing me on the sets. He told me you were the life of the show and I am glad you are back. The entire unit is very happy and I also love them very much. During this break wherever I went to a temple or a shop, fans of the show would request me to return to the show. I am happy that it has happened."

The fans of the show certainly couldn't be happier.