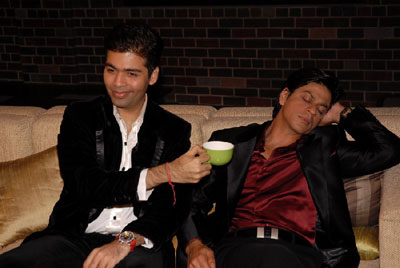 “I think Koffee with Karan is a hobby that I am almost addicted to… just like you get addicted to coffee, I am addicted to Koffee with Karan”, says the inimitable host Karan Johar as the Second Season of India’s favorite weekly chat show is drawing towards a Season Finale. The season saw not only the who’s who of Bollywood spill the beans, but also biggies from the corporate world, television industry and even Hollywood! Capturing some of the most fun behind-the-scene moments, make sure you catch up with Karan Johar over a cuppa coffee this week as he takes you down the memory lane with the “Best of Koffee with Karan” this Sunday, September 9th exclusively on Star One and Star World at 9 p.m. 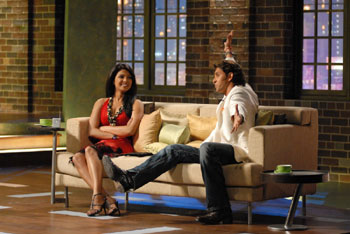 Right from how the questions are being conceptualized, to coordinating and finalizing the high-profile guests, the level of detailing that Karan expects from his guests on how they are going to be looking on the show to the much sought after coffee hamper… Karan takes you through all this and much more! And yes, everyone has been wondering, “What’s in the coveted coffee hamper?” For the first time ever, Karan will be unveiling the coffee hamper. You are going to find out, what really is in the hamper!! Wait and watch!

The guests on Karan’s show, sure look super sexy and hot! And the credit must go to the host himself as he says, “I want the girls to look stunning and the men to come looking brilliantly well-groomed. There is an elaborate process for the women. There is a make-up artist, there is hair, the costume designer, then there are bags coming from Louis Vuitton, there is jewellery coming in.” 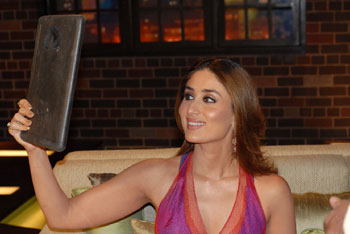 Ever wondered why the ‘koffee’ on this show has been so addictive? Is it because of the witty host? Or is it because of the celebrity guests willing to spill the beans? Controversies remain to be the highlight of this show. So whether it is Kareena Kapoor referring to John Abraham as expressionless, Rakhi Sawant confessing that, “Jo cheesein God nahi deta, woh Doctor deta hai”, or Mallika Sherawat telling Karan that she would want Saif Ali Khan, Aamir Khan, Shah Rukh Khan, Salman Khan and Hrithik Roshan to cook for her, serve her and pamper her, this episode gives you a quick recap of all the stark disclosures, revelations and the candid confessions, which at times even stumped the host!

Often criticized for calling people on the show only with whom he shares an excellent camaraderie with, Karan shares that in the second season, he made a conscious effort to invite people who he did not know. He shares how thrilled he was, to interview industrialist Vijay Mallya, Hollywood heartthrob Richard Gere, talk of the town Rakhi Sawant and the immensely popular Himesh Reshammiya!

Want to capture the best moments of the second season of ‘Koffee with Karan’, smile a little, laugh a lot and get an inside look into the lives of India’s very biggest celebrities. Just sit back, and get swept away as Karan showcases the “Best of Koffee with Karan”, this Sunday, September 9th at 9 p.m. only on Star One and Star World.

14 years ago thanks for the article. Can't wait to see what is in that hamper, everyone makes it sound so great, now I'm curious!

14 years ago can't wait to watch it...hopefully i'll catch up on the bitz i've missed lol

14 years ago wow! Can't wait, am waiting to see what's in the hamper!!

+ 3
14 years ago sounds relllly interestin n plus i relly wanna know wat is in dat kofee hamper..waitin for it