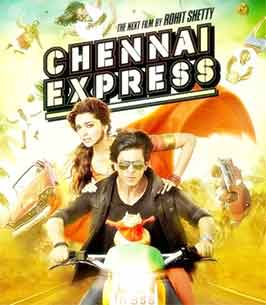 It's that easy - give a missed call to an assigned number and get a reminder alert from superstar Shah Rukh Khan for the TV screening of "Chennai Express" Saturday.

The blockbuster is due to be showcased on &pictures and the channel is pulling out all stops to make the screening a big success. The channel has devised an interesting digital mechanism to promote the film's screening.

A unique Interactive Voice Response System model has been created. Viewers may call toll free number 18001035515, and get a reminder about the movie on their phones in Shah Rukh's own voice. It works like an alarm clock.

"It's like a 'don't forget to watch it' kind of an alert, which has a pre-recorded message from Shah Rukh," Akash Chawla, marketing head (National Channels), Zee Entertainment Enterprises Limited, told IANS.

The channel is promoting the number on-air as well as on social media.

Talking about the need for such innovative methods to pull in viewers to watch a hit movie on TV, Chawla said: "Such activations are important for two reasons - there's a huge consumption for movies on TV and the number of movies shown on TV are extremely high. So one needs to create the right buzz.

"Secondly, the challenge becomes to re-ignite the audience's interest in a movie which has become important. So there is no other way than to be innovative in marketing strategy."

The channel has also strategised a way whereby the movie's screening is going to be promoted via the blogging community.

exclusive
Exclusive Karan Arora recalls his scenes with Erica in Kasautii ...
13 minutes ago