View Profile
It has always been a proven track of the B-town that following someone else’s footsteps would really give hype, if not height, to the career. Thus every new face entering the glitzy-blitzy zone tries on one or the other style of pre 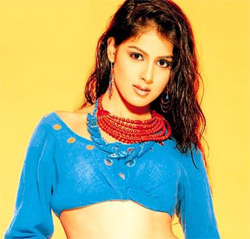 Featured Video
vious actors. Well, it’s a different issue that few among them walk on and on in the town and others take their doomed rest for the rest of their lives.

Genelia D'souza, the star in south yet a newcomer in Bollywood, has just said hello to Hindi audience through Priyan’s latest Mere Baap Pehle Aap. As a matter of fact, the information is well known to most of the movie-buffs. But the other side of the currency is still under gloom. The beautiful, yet lacking in dialogue delivery and proper Hindi-ism, Genelia has a secret dream of acting like our own Madhuri Dixit and Kajol. Albeit Mere Baap Pehle Aap shows Shovna as Genelia’s teacher but in real life Genelia assumes Kajol teaching her the nitty-gritty of posing on screen. Interestingly, both Kajol and Genelia share the same date of birth which is on 5th of August.

Genelia believes she would have a perfect boost in her career if she can even avail half the acting prowess from Kajol. But the questions remains, how would it be possible with all that poor dialogue delivery and rigid reactions! Well, we may only ask her to learn the proper dialogue delivery first, which can cut the problem down to half. And later on Madhuri and Kajol may not have to take much burden in teaching Genelia.