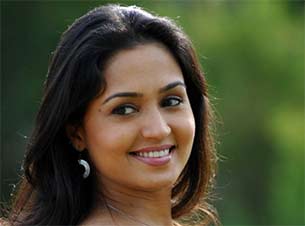 Actress Gazala, who is set to make a comeback to the southern film industry after a four-year hiatus, says she would like to take up author-backed roles with good story rather than commercial roles.

"I want to take up roles I will enjoy doing. A few months back I was offered the remake of a horror film, which I didn't accept because I was not excited. I don't want to do a film because it has songs and dance. I want author-backed roles that will suit me," Gazala told IANS.

"For instance, I really liked the movie 'Raam' that I did few years ago. There was immense opportunity to act in it. That's the kind of film I enjoy doing, otherwise doing commercial films means you are being taken for granted. I want films where I can prove myself even in a brief role," she added.

Gazala took a break to spend time with family and complete a course in interior designing.

"I started my career very early and was continuously working for nearly ten years. I couldn't spend much time with family because I was mostly busy shooting in Chennai or Hyderabad. So I decided to take a break and spend time with them," she said.

"I was also doing an interior designing course through correspondence and was also helping my father in his construction business," she added.

Gazala made her cinematic debut with 2001 Telugu film "Student No 1". She has worked with top stars such as Junior NTR, Jiiva and Arjun Sarja.

Do you feel it's challenging to make a comeback after a break?

"I don't see films as a career. Even when I started acting, I was doing films because I enjoy cinema. I never decided that I will do films till I'm 40 or 50 years old. I'm not struggling to work in cinema. If I get a good film, I'll be happy to do it, otherwise I'm not worried," she said.

"Moreover, I don't have any competition with anybody in the industry. So getting opportunities shouldn't be a problem," she added.

She has a backup career option ready.

"I was always ready to join my family business if my career in cinema was not going well. I always felt I would help my dad in his business as I feel only a family member will know the family business well more than an outsider," she said.

Having spent the last few years in Muscat, Gazala says she couldn't keep track of the southern industry.

In preparedness for her comeback, Gazala has kept herself extremely fit.

"I didn't really workout to stay in shape. I usually have very good eating habits and I happen to continue it. Travelling is also one of the reasons that I'm probably fit. I feel I have grown mature and that's probably reflecting in me currently," she said.

Lockdown has Turned Evelyn Sharma into an Author; Actress to Release ...

Never thought I would be dancing, I was preparing to be an ...
8 minutes ago