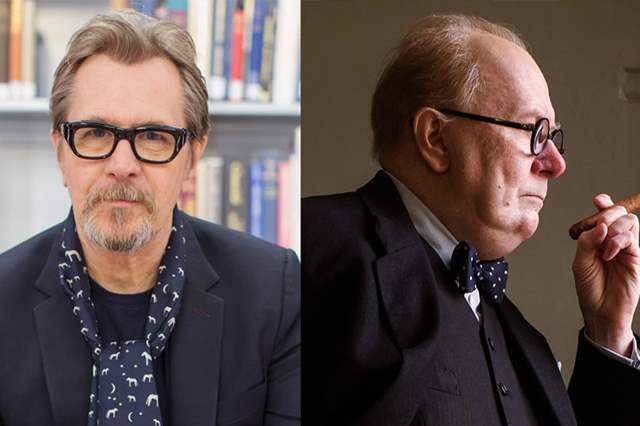 His unrecognisable appearance and class act may have won actor Gary Oldman his Best Actor Oscar but he is now facing a legal hurdle. A screenwriter has filed a lawsuit against actor Gary Oldman and NBCUniversal, claiming that the film “Darkest Hour” lifted certain historical inventions from his unproduced Winston Churchill script.

Ben Kaplan, a teacher and writer who has worked on several History Channel series, filed the suit in Los Angeles Superior Court on Friday. He alleges that Oldman initially signed on to his Churchill script, before dropping the project and joining Darkest Hour. Oldman would go on to win the best actor Oscar for his portrayal of Churchill.

The suit alleges that Darkest Hour — produced by Working Title Films and Universal — borrowed invented scenes and ahistorical elements from Kaplan’s script. For example, both scripts contain a scene of Churchill trying to coax a cat out from under a bed. More significantly, the lawsuit states that both scripts falsely claim that Churchill came up with the idea for the British civilian armada that helped evacuate Dunkirk.

“Attributing to Churchill the idea for the civilian armada and the order that it be mustered was an ahistorical, fictional invention of Mr. Kaplan that is scripted in ‘Churchill’ and duplicated in ‘Darkest Hour,'” the lawsuit states, noting that the Small Vessels Pool came into being in 1939, before Churchill became prime minister. “It was Britain’s civilian fleet, not Churchill’s, until Mr. Kaplan portrayed him as its progenitor.”

The suit alleges “false designation of origin” under federal trademark law, as well as claims of breach of implied contract, unfair business practices and interference with contract.

The suit names Oldman, his agent and his manager as defendants, along with NBCUniversal, Working Title and Focus Features. The suit alleges Oldman and his team had access to three versions of Kaplan’s script.

According to the suit, Kaplan began writing the script in 1999, and registered it with the Writers Guild of America in 2002. He teamed up with a producer in 2011, who then partnered with StudioCanal and Sierra/Affinity. The producer also worked to bring on Oldman, and they had agreed to a deal that would pay Oldman a $6 million fee, before Oldman dropped out in March 2015.

In addition to alleging that both suits contain similar invented material, the suit also alleges that they share a similar story arc, each ending with Churchill’s “We shall fight on the beaches” speech.