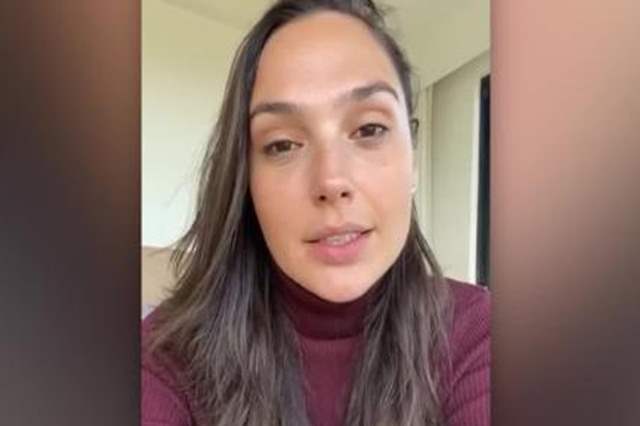 Controversies do come in at the most unanticipated of instances always and actor Gal Gadot was the recipient of the same owing to the now-infamous "Imagine" video. Even though she did not respond to that earlier, seven months  after her "Imagine" video —and with the coronavirus pandemic still very much present—the Wonder Woman star has finally addressed that ill-fated Instagram post. "Sometimes, you know, you try and do a good deed and it's just not the right good deed," she told Vanity Fair—with a "smile and a shrug," according to the website. "I had nothing but good intentions and it came from the best place, and I just wanted to send light and love to the world."

Pop culture fans likely haven't forgotten the post—helmed by Gadot back in March, as the coronavirus pandemic ramped up and resulting lockdowns mounted in the United States. As an antidote to current events, stars like Amy Adams, Natalie Portman, James Marsden and many more joined her and awkwardly sang John Lennon's iconic 1971 hit line by line a cappella. The resulting three-minute visual has since amassed more than 10 million views.

At the time, the Justice League actress shared the star-packed music video on Instagram with a message of unity. "We are in this together, we will get through it together," she wrote in the caption. "Let's imagine together. Sing with us All love to you, from me and my dear friends."

However, the montage did not have the uplifting landing the star had seemingly hoped. Instead, it was met with criticism, annoyance and a collective eye roll as many pointed out the glaring disparity in how celebrities could luxuriously quarantine versus the harsh realities everyday Americans were facing. In short, stars and their fans weren't exactly "in this together" at that point.

If you're wondering how it all came together in the midst of the global chaos, Gadot credited Kristen Wiig, her Wonder Woman 1984 co-star, with helping to wrangle some of the celebrities that participated.

"I started with a few friends, and then I spoke to Kristen," she told Vanity Fair. "Kristen is like the mayor of Hollywood...Everyone loves her, and she brought a bunch of people to the game."

Still, the actor took responsibility for her leading role in the clip's creation. "But yeah, I started it," she acknowledged, "and I can only say that I meant to do something good and pure, and it didn't transcend."