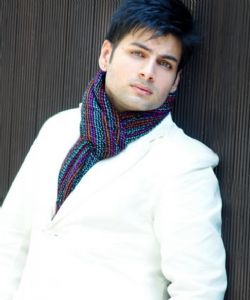 A source informs Tellybuzz that the the cast for the above mentioned show has been finalized -"The production house has finally locked the cast. As earlier reported Mahesh Thakur will join the show as one of the sons, Vikram Gokhale will play Dada Ji and Abir Goswami will play the other son. Smita Jaykar will be seen playing the role of dadi."


Tellybuzz contacted Jaideep Suri he confirmed the news - " Yes, I am doing this show. I am playing Munna Mishra and my Dada ji is the most powerful man in the city .I'll be playing his right hand man."

The story is based in Banaras and focuses on an affluent and big Mishra Family.The show is expected to commence in the last week of May.

Pooja Gor on returning with Mann Kee Awaaz Pratigya: I feel as if I ...

Pooja and Arhaan to return to the screens with a new season of Mann Ki ...

8 years ago All the best and good luck for your new show Jaideep!! Will miss you in MKAP as the cute Chandu!!! Keep up the great acting!!

+ 2
8 years ago jaideep suri wish you all the best for your new show...

8 years ago Jai Deep Suri has played his role very well as Krishna's close friend. We wish you all the best and good luck on the new show.

8 years ago wish u the best of luck for new show...love u as chandu in MKAP...hope we want to c u more in MKAP...just miss u on MKAP old day masti of krishna-chandu-tunna.