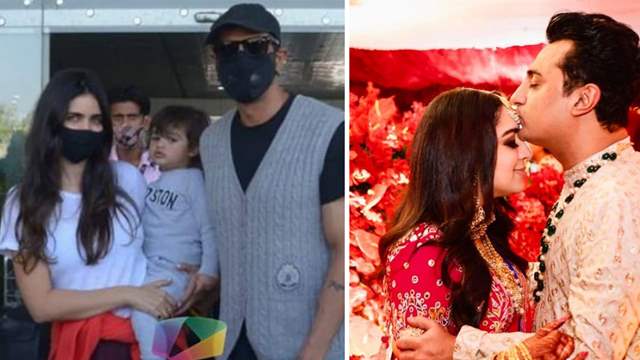 It was in August 2020 when filmmaker-writer JP Dutta and actress Bindiya Goswami’s daughter, producer Nidhi Dutta got engaged to director Binoy Gandhi in the presence of their families and close friends. Now, the couple, along with their families, have reached Jaipur for the wedding.

Though the guest list would have been expansive in a non-Covid-19 scenario, it has been limited to a few for safety reasons. A source says, “Both Nidhi and Binoy have a lot of friends in the industry, but they’ve only invited a few for the wedding in Jaipur. The others would be part of the reception that will be held in Mumbai later. The first B-Town celeb to arrive the wedding venue with family is actor Arjun Rampal, who is very close to JP Dutta and Nidhi.”

Arjun posed for the cameras as he exited the airport along with girlfriend Gabriella, who held their son Arik in her arms. See the pictures below:

Arjun developed a close bond with director JP Dutta while shooting for the 2018 film, Paltan. The actor has arrived the venue with his family a few days ahead of the wedding to be part of all the other ceremonies.