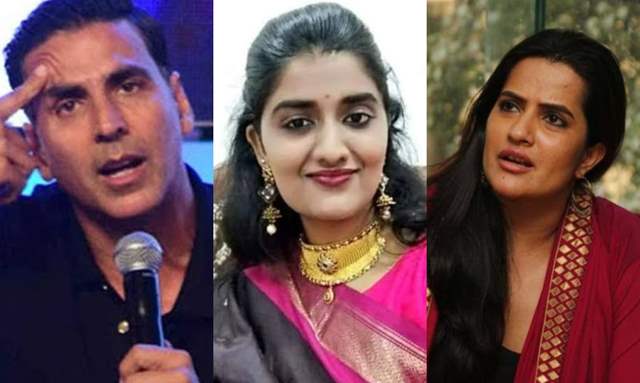 Currently, India has been in dread for her daughters and while the number of rape cases has considerably increased there seems to be a revolution at the nation's doorstep.

Recently, the whole nation was taken aback by the news about a southern Vet Doctor Priyanka Reddy broke out. The headlines carried the atrocities inflicted upon her and the furious masses have already started protesting under her banner.

Priyanka Reddy was brutally incarcerated to death on the Hyderabad-Bengaluru National Highway on Thursday and is suspected to have been sexually assaulted before being murdered. Akshay Kumar, Sona Mohapatra took to social media to condemn her death.

Akshay Kumar posted a very strong message and said, “Whether it is #PriyankaReddy in Hyderabad, #Roja in Tamil Nadu or the law student gangraped in Ranchi,we seem to be losing it as a society. It has been 7 yrs to the gut-wrenching #Nirbhaya case & our moral fabric continues to be in pieces.We need stricter laws.This needs to STOP!”

Sona has been very outspoken about the issues of sexual harassment cases in Bollywood also took to twitter to share her disregard about the horrible incident.

She wrote: “Be it #PriyankaReddy in Hyderabad, #Roja in Tamil Nadu or the law student gangraped by 12 men in Ranchi or Nibhaya from 7 years ago we all wake up & talk shock after the tragedy. In between all this, known sexual predators are endlessly platformed & sexual aggression normalised.”

Apart from her South star Nidhhi Agerwal also shared her thoughts on the issue and wrote, “This has saddened me to my core. Human being inhumane. This needs to stop. This is what we know of, imagine how many cases we don’t know about. Women or men, every individual needs to be treated with basic respect. These men deserved to be punished. #JusticeForPriyankaReddy”

Nani also shared, “We can’t even demand for justice cause no matter what punishment is served to the one’s who did this it’s still not justified.

RIP ? Can she ? I just feel so angry and helpless. Requesting the media to be sensitive with the family. #Priyankareddy”

Rithvik Dhanjani on Dying To Do a Fiction Show Now Amidst ...
17 minutes ago

exclusive
Exclusive "The character is a very honest person who is very faithful ...
32 minutes ago