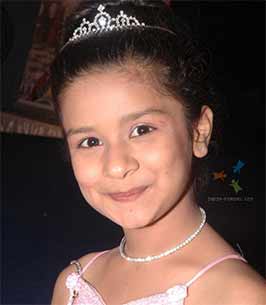 Avneet Kaur, who worked as the simulation technical director of Hollywood animation film "Frozen", says the project was challenging as it raised the bar in all aspects of computer generated filmmaking.

"Working on 'Frozen' was an absolutely wonderful experience. I loved the story idea of this film from the get go, and all the creative and technical challenges that came along with it," Kaur told IANS in an email interview from Los Angeles.

"I believe this movie raises the bar in every aspect of CG (computer generated) filmmaking - be it environments, character design, animation, effects, look, simulation and lighting etc," she added.

"Frozen", which released in India Nov 29, is an epic fantasy film produced by Walt Disney Animation Studios. It came across as a captivating and emotionally tugging animated story.

Kaur's involvement in the film revolved around the simulation work for the lead characters Anna and Hans in addition to other characters like Baby Anna, Hans's Horse and Duke of Weselton and more.

"The intricate and beautiful designs of hairstyles and clothing for the characters in this film presented thrilling challenges for the simulation team," said Kaur.

What made the work easier was how "the production crew was constantly researching new ideas and exploring innovative techniques, to bring the creative vision of the characters and wonderful world of this film, to life".

"It was a lot of hard work, but well worth it. I am very proud of being part of this amazing film," she added.

Kaur, an Indian national, has earlier worked as the simulation technical director on 2010 film "Tangled" as well.

Siddharth Nigam on Avneet Kaur: Our Chemistry is like that of Shah ...

Kangana Ranaut is in Awe of Yogi Adityanath; Applauds his ...
3 minutes ago

Farhan Akhtar is excited to kick-off the opening match of ...
10 minutes ago

Arjun Bijlani on music video with Reem Shaikh: I feel Ishq ...
30 minutes ago