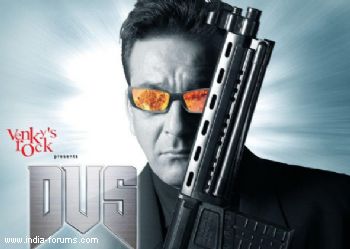 "The star cast will be repeated as that of the old version. I can't make 'Dus' without Sanjay Dutt," Karnik told IANS.

It was reported that Deepika Padukone will replace Shilpa Shetty, who is right now pregnant with her first child, in the "Dus" sequel. However, Karnik rubbished the reports and said: "These all are rumours. We have not finalised on the star cast yet."

The first movie "Dus" was launched in 1997, but was stalled after its director Mukul S. Anand died.

In 2005, Nitin Manmohan, the producer of "Dus", released another version of "Dus" in which Sanjay and Shilpa from the original cast were roped in and it was directed by Anubhav Sinha.

Karnik has decided to take the film forward and says he is excited about the thriller.

"Nitin Manmohan has asked me to make a sequel to 'Dus'. I am very excited because the action thriller is a new genre for me," he said.

"Dus 2" is expected to go on floors by the end of this year.