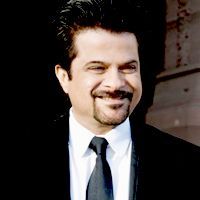 Anil Kapoor who was seen in 24 tele-series is so impressed with Leonardo DiCaprio's work in his latest Hollywood film 'The Wolf of Wall Street' that he feels he is currently the world's best actor.

"Is Leonardo DiCaprio the world's best star actor today? I think so. Please watch 'Wolf...," Anil, who starred in the international TV show '24 tele-series' and had a cameo in "Mission: Impossible - Ghost Protocol", tweeted.

"The Wolf Of Wall Street", directed by Martin Scorsese, released in India Jan 3.

liveforever 9 years ago Sheila Ki Jawani Rocks!! Such an Amazing song!! It will be top for a long while!! :)

-Miya- 9 years ago Darling and Priyanka rock the charts!

naisal 9 years ago What about Darling from 7 khoon maaf? I thought that eliminated Sheila from the top spot already?