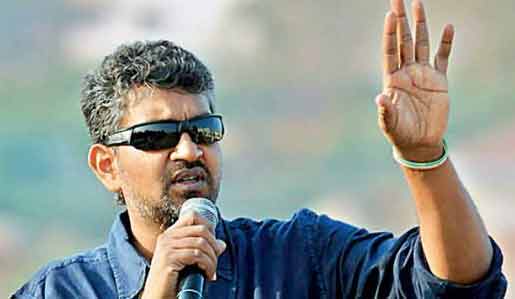 Ace filmmaker S.S Rajamouli became nostalgic Thursday when he learnt that his 2009 Telugu period-drama "Magadheera", which catapulted him to stardom, is five years old. He feels blessed to be part of the film that's fondly remembered.

"Just saw my TL filled with 5 yrs of MD tweets. All of us are blessed to be a part of that film which is so fondly remembered by so many...TQ," Rajamouli posted on his Twitter page Thursday.

"Still remember the words of appreciation by Chiranjeevi garu and tears of emotion in Srihari garu's eyes when I first narrated the script," he added.

Late actor Srihari was lauded for his performance as Sher Khan in the film, which still is one of biggest hits in Telugu filmdom.

Rajamouli is currently busy wrapping up his latest directorial "Baahubali", slated for 2015 release.