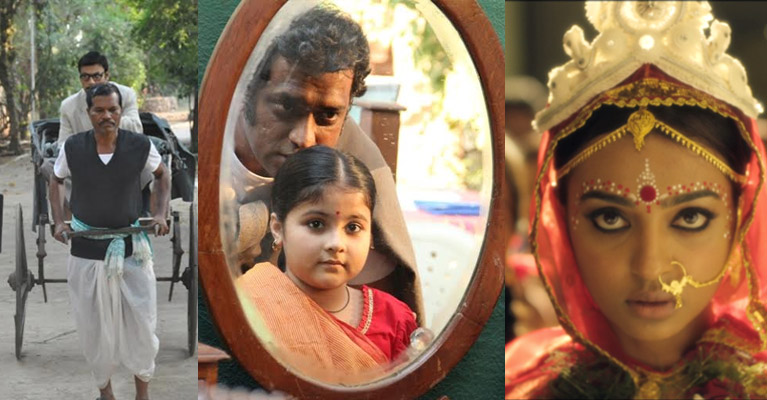 The EPIC Television Networks Pvt. Ltd., India's first segmented Hindi entertainment channel, is launching a new show called Stories by Rabindranath Tagore' which is directed by none other than the acclaimed director, Anurag Basu. On the occasion of Rabindranath Tagore's birthday being celebrated on May 9th, the channel releases the first look of the show as a tribute to the famous writer. Coincidently, Anurag Basu and Rabindranath Tagore share the same birthday according to the Bengali calendar.
In the show, Anurag Basu masterfully recreates the magic of old Bengal through some of Tagore's short stories and novels, like Choker Bali, Charulata, Atithi, Kabuliwala and many more.
Rabindranath Tagore's stories are known for establishing confident women characters and pushing them over the edge to question authority, norms and customs, making each story even more intriguing and endearing. Stories by Rabindranath Tagore' explores the different roles that women play and the bold steps that they took in the nostalgic times of old Bengal, in many trying situations, most of which are still relevant even in today's times.
Anurag Basu has brought in talented actors to play pivotal roles in his recreations of Tagore's stories. Amrita Puri makes her debut on the show as Charulata' and Radhika Apte as Binodini' in Chokher Bali. The show will go on air this July on The EPIC Channel.

+ 4
8 years ago this is indeed a very terrible loss...May his soul rest in peace

+ 8
8 years ago This is indeed sad news. He was the most amazing human being.

Thanks India-Forums for this tribute.

+ 5
8 years ago My Mum could not believe when I told her.

8 years ago love his gazal he used to live in same neighborhood where my late anut and her family lives ( Al- Noor). he was very humble and down to earth person. May ALLAH bless his soul and give strength to his family. He was a true king of gazal.

8 years ago A Big Loss :( May his Sole rest in peace *Ameen*

8 years ago RIP...Was always praised from my parents and other older relatives. He was definitely a great singer. May Allah grant him Janat-ul-Firdaus!

He was a real treasure of Pakistan...

+ 3
8 years ago Ghazals sng by Mehdi Hassan were all beyond anything, He will live in our hearts forever...may his soul rest in peace.