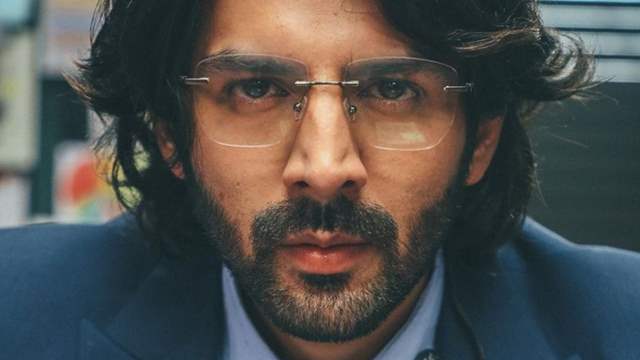 The actor plays a journalist in the film and has his hair grow long for the character. Donning a suave suit and spectacles, the actor is all set to deliver a never seen before avatar in this suspense thriller. He has a bearded look, with a thick stubble, moustache and hair too long. To notice, blood stains can be seen on his shirt which is quite intriguing.

Kartik had announced Dhamaka on his birthday and had also shared a poster too. The movie will delve into the working of a TV channel and the actor will be playing a journalist who covers the live broadcast of a terror attack in Mumbai.

Speaking about his role, Kartik had earlier said, “This for me is a miracle script and had me on the edge of my seat all through the narration. I knew this is the script that would give me the opportunity to explore a different side of me as an actor. I can’t wait to transport myself to Ram sir’s world and see his vision translate on the big screen. This is also the first time I am collaborating with Ronnie and RSVP, and I am looking forward to this journey.”

Kartik has started shooting for Dhamaka and this is his first project post lockdown that he has started. The actor says that it’s an interesting script and its surely one of the most commercial films he has done till date. This Ram Madhvani and Kartik Aaryan collaboration is surely interesting and Dhamaakedaar!