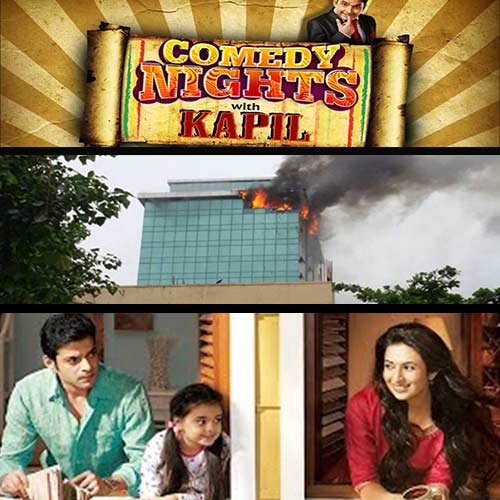 Looks like it is a very sad and bad day for few of the actors of Television and Bollywood. It was noticed that fire broke out at the building called Lotus Business Park in Mumbai, causing a loss to Bollywood as well Television as it hampered their work.

Well with this fire a lot many offices were burnt. To name a few - Hrithik Roshan had an office on one entire floor, Prakash Jha, Ajay Devgn. Besides this, one of the leading regional news channels had its office expanded on two floors.

Moreover, two major TRP gaining shows of Indian television Ye Hai Mohabbatein airing on Star Plus and Comedy Nights with Kapil airing on Colors had to halt their edit as both these shows had their edit offices just next to Lotus Business Park office.

Both these shows are known for its good content as well as very famous for the controversies they are involved in.

The impact of fire was so high that fire officials had asked to clear the nearby area as the fire was spreading to the nearby building as well.

Whatever the reason is, this fire caused a worry for television shows as well as to the offices of our Bollywood actors and they are now are hoping for a new beginning.

We at TellyBuzz wish all them a speedy recovery from this great loss.

hope there was no damage to the material.

soapliker 6 years ago Hopa all is well with the Ye Hai Mohabbatein edit team. Wonder how they are managing esp Karan Patel and Divyanka Tripathi and others

cool_arpana 6 years ago Yeh Hai Mohabbatein is absolutely awesome !!! Glad to be following it !