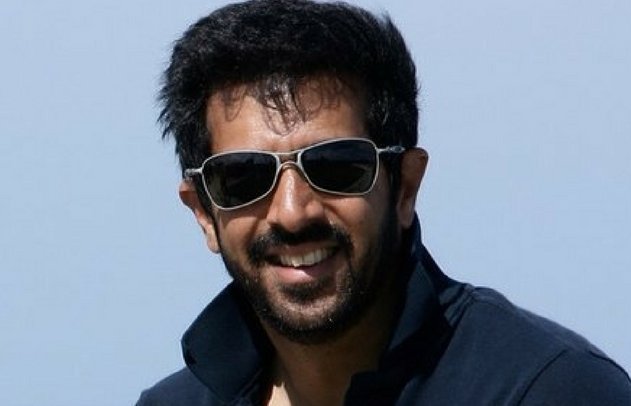 Kabir Khan focuses on political conflicts and how that affects humanity with most of his films like "Bajrangi Bhaijaan", "Ek Tha Tiger", "New York" and "Kabul Express". The filmmaker says though he is aware that a film cannot bring any change in a society, he believes the power of cinema can impact the human mind.

His forthcoming film "Tubelight", featuring superstar Salman Khan and his brother Sohail, is set in the backdrop of the India-China war of 1962.

Asked whether his films reflect his political views, Kabir told IANS: "Absolutely! Like the way a painter paints to express his view, I as a filmmaker make films to express my viewpoint, my perspective on things. My ideology comes out in my films and I believe that we should have our ideology, without that we would be animals."

"Tubelight" revolves around two brothers and how their lives get affected by the India-China war.

Kabir believes that war should not be the prime but the last solution to resolve an issue.

"War cannot be a solution to any issue, it takes lives of thousands of civilians from both sides of the countries who are involved in a war. We should not take war so lightly where our soldiers and civilians are dying! It should be the last resort," he said.

Kabir, who has made most of his films on Indo-Pak relations, points out that "terrorism not just affects us but another side of the border too. Do you know how many people lost their lives in Pakistan? Around 65,000 (people)...we talk about Taliban, do you know who are the people killed by them (the most)? Afghans!"

"Tubelight" features Chinese actress Zhu Zhu, who is playing a pivotal role that captures an interesting situation of that era.

Giving an insight to that, Kabir shared: "Till 1962, around 20,000 Chinese families used to live in the eastern part of the country, especially in Kolkata (then Calcutta) that came there say around 1860 for business and their livelihood.

"But during the India-China war, Indian army suspected them as China loyalists and around 10,000 of were picked up by the army and put into a camp near Rajasthan. That broke their hearts because they were born in India of Chinese origin and lived for generations. So, in our film, Zhu Zhu is playing one of those characters."

Talking about Salman's character, Kabir said: "In the first place the character was inherently difficult to play because of the fact that he (the character) is never completely off or completely normal, it's in between. So whether a newcomer or a star, it was difficult to play. On the other hand, Salman had to make people believe as a strong muscle man but a soft endearing character...so it was challenging in both ways."

"Tubelight" is releasing on Friday.