Actor Riteish Deshmukh, whose film "Bangistan" is slated to release on the same day as "Drishyam", says makers of both the films are not concerned with the clash of the movies. 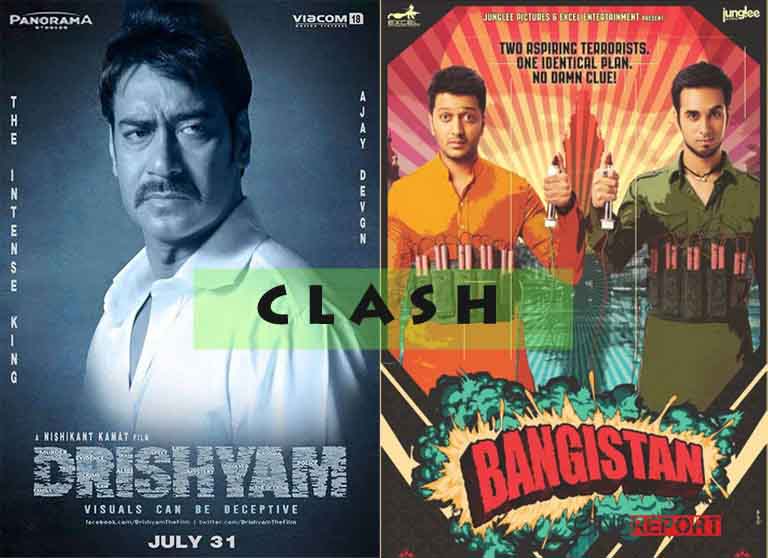 "There are only 52 weeks in a year and about 200 films release every year. And according to this, four films should release every week. We're lucky that only two films are coming. We are getting enough screen space, they (filmmakers) are getting the required screen space, so both are happy releasing it. I'm sure that both are wonderful films," Riteish told IANS.

The "Humshakals" actor also said the clash hasn't made any difference to his equation with "Drishyam" maker Nishikant Kamat, who happens to be his friend.

"We love each other and we hope the best for each other," he added.