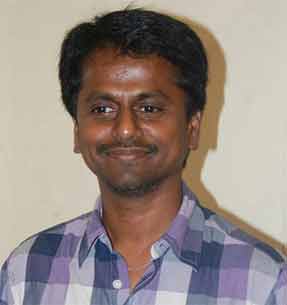 Filmmaker A.R. Murugadoss, who is awaiting the release of his latest Hindi directorial "Holiday - A Soldier Is Never Off Duty", which is the remake of his own Tamil film "Thuppakki", says a remake should never deviate from the "proven and tested" path of the original.

"A remake is made because it has already been proven and tested. So why would anybody want to make changes to it? If a film is remade by the same director, changes will be avoided because they've given their best to make the original successful and would only like to repeat the formula," Murugadoss told IANS.

"There are minor changes but there will also be a resemblance with the original and I don't mind it because it's my film at the end of the day, and I would always like to do justice to it," he added.

Akshay plays an army officer in the film, which revolves around a network of sleeper cells planning a terrorist attack.

Murugadoss chose Akshay because he couldn't picture any other actor more suitable for the lead role.

"I wanted to work with Akshay sir soon after 'Ghajini', but I wanted a different character for him. It then struck me that he would be more apt in the role of an army officer because he's extremely fit. I couldn't think of a better actor in that role," he said.

He says as a filmmaker, he is never bogged down by the pressure of making a blockbuster.

"I'm never asked to make a Rs.100 crore club film and neither do I feel its pressure while working. I always aim to make good films that entertain audiences. I never made 'Ghajini' and 'Thuppakki' as Rs.100 crore films. (But) I'm glad they turned out to be blockbusters," he added.

"Holiday - A Soldier Is Never Off Duty" is presented by Reliance Entertainment and produced by Vipul Shah.

Known for collaborating with superstars such as Vijay, Chiranjeevi, Aamir Khan and Ajith Kumar, Murugadoss plans to work with newcomers as well as upcoming stars.

"All my stories so far have been star hero-centric. I also made some films because a certain star wanted to work with me and I couldn't say no. But I plan to change as I'm always keen on working on stories that would not require star actors. I want to work with newcomers and relatively new stars," he said.

He, however, has produced successful Tamil films with newcomers as well as upcoming stars.

"I'm still learning the business to be a great producer. I have been producing low-budget films with newcomers because I didn't want to burn my fingers by straight away producing a star-studded film. I wanted to first learn what it takes to be a successful producer," he stated.

"Since I've been successful as a producer, I plan to make films with star actors as well. In fact, my next production venture is with a star in Tamil," he added.

He also plans to return to Telugu industry to direct a film soon. His last Telugu directorial was the unsuccessful "Stalin", starring Chiranjeevi.

"I plan to return to the Telugu industry soon. If everything works out, it might even happen next year," he said

The filmmaker is also known for repeating actors in his films. He has worked with Suriya in two films, while his second film with Vijay titled "Kaththi" is on floors. Is this a sentiment he follows?

"It's not a sentiment. Sometimes the actors come back to me after a successful film and at times I go back to them if I have a suitable story. It has always been like that. I have also worked with Ajith in the past and I plan to collaborate again in future," he said.