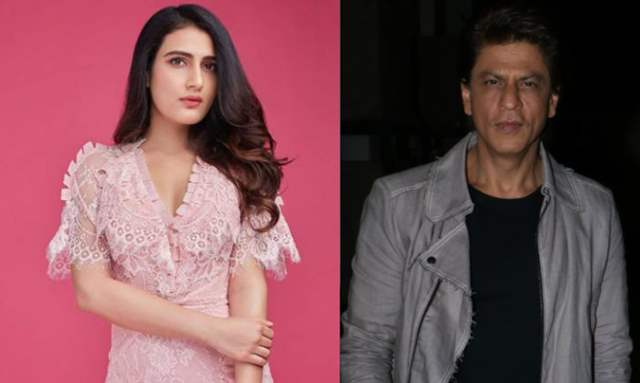 Fatima Sana Shaikh never ceases to amaze the audience with her impeccable acting skills and charming looks. Recently, the actress posted a series of photos of her donning the desi avatar, and clearly her fans couldn't get enough of her.

During a recent interview with Mumbai Mirror, the actress made some of the most interesting confessions about Shah Rukh Khan.

Fatima confessed her love for Shah Rukh Khan and also revealed that she is a sleazy SRK. She confessed of stalking him on social media and also reacting to his posts by posting some cheesy messages and to top it all also waiting for his reactions over it.

The Dangal actress further added that she also doesn’t miss watching all his interviews, as well as videos where he attends his kids’ school graduation.

Mera pyaar, Shah Rukh Khan. I’m a sleazy SRK fan who stalks him on social media, writes, ‘I love you’ on his posts and expects a reaction, and watches all his interviews, even those from his kids’ school graduation.

On the work front, Fatima will be seen in Ludo and Suraj Pe Mangal Bhari and she will be seen sharing screen space with some of the finest stars from the industry such as Rajkummar Rao and Manoj Bajpayee.

Suraj Pe Mangal Bhari’s trailer was released last week to warm fan reaction. Considering the hot topic raging all over Bollywood and the internet, some even took to the comments section to champion the film for being complete ‘nepotism free’.